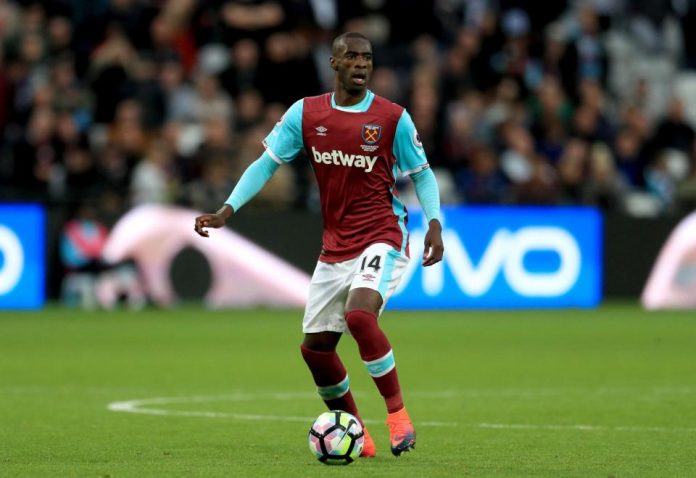 Everton are among a number of prominent European clubs tracking West Ham United midfielder Pedro Obiang this summer, according to The Mirror.

The Toffees secured Europa League football for next season with a seventh-placed Premier League finish in 2016-17 and Ronald Koeman is set to splash the cash over the next few months.

Everton hope to be in the top-six running next season and as such a host of new faces are expected at Goodison Park for the upcoming campaign.

The report suggests that the Merseyside outfit are joined by Sevilla and AC Milan in their interest in Obiang, with potential for a £15 million offer from the Toffees.

The Spanish midfielder has had an inconsistent time of it in English football and initially struggled to find his feet after a 2015 move to West Ham from Sampdoria.

However, Obiang proved his worth last season, putting in a number of impressive performances to win over Slaven Bilic and the Hammers supporters.

The 25-year-old played in 22 Premier League games in 2016-17, starting 21 of them, before an ankle injury in March ended his campaign.

Given his importance to the Irons team when available, West Ham will surely be reluctant to sell Obiang and the Spaniard looks set to command a regular place in Bilic’s side if he can get fit and back to his best next season.

For Everton, the link is slightly curious given that central midfield is one area that Koeman has an array of options already.

While Gareth Barry is ageing and could leave Merseyside this summer, the Toffees have Morgan Schneiderlin, Idrissa Gueye, James McCarthy and Tom Davies in the running for a starting berth.