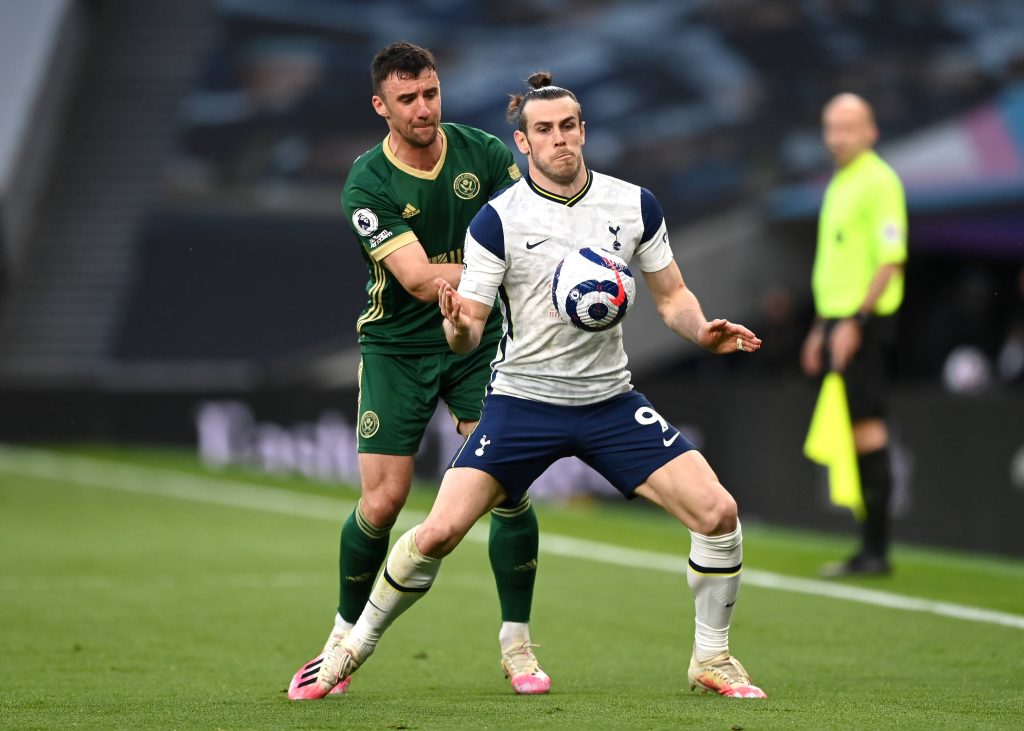 Carlo Ancelotti could move for Gareth Bale in the summer transfer window.

The Everton boss has reportedly asked club bosses to secure the services of the Welsh winger.

Bale, who joined Tottenham on loan from Real Madrid this summer, has endured a mixed campaign.

El Chiringuito journalist Eduardo Inda has claimed the Ancelotti wants to sign Bale on a free transfer this summer, with Madrid likely to let him go.

He has claimed that the former Madrid boss loved the player when they were together at the Spanish club.

Ancelotti signed Bale from Tottenham in the summer transfer window of 2013. They won the Champions League together, and a reunion on Merseyside could now be on the cards.

The 90-times capped Welsh international has bagged 14 goals in all competitions this season.

He is scheduled to return to Spain at the end of the campaign, but doubts remain about his long-term future in Madrid.

In recent seasons, Everton have signed players from two of the biggest clubs in Spain – Barcelona and Real Madrid.

Yerry Mina and Andre Gomes arrived from Barcelona in the summer window of 2018, while James Rodriguez joined from Real Madrid a year ago.

Bale would undoubtedly be another welcome addition from the La Liga big guns if they can persuade him to move to Goodison Park.

He looked in excellent shape against Sheffield United over the weekend and could be tempted by the prospect of staying in England.

In other news, check Tottenham and other Premier League clubs’ debt list.