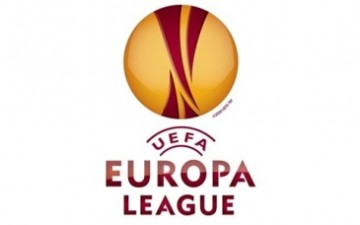 The draw for the group stages of this season’s Europa League has thrown up a number of difficult and interesting challenges for England’s representatives, with qualification through to the knock-out stages far from assured. This term it will be up to Tottenham, Fulham, Stoke and Birmingham to do the nation proud, and test their wits against some cultured European opposition.

Tottenham were drawn in Group A, and have been given one opponent on their doorstep, and two on the other side of the continent. Shamrock Rovers, Rubin Kazan and PAOK FC will look to further frustrate Spurs fans after their slow start to the campaign, and will have taken comfort in Harry Redknapp’s men being outplayed and beaten by both Manchester clubs in the space of six days.

The Russians will provide the most difficult opponent, and were unlucky not to make the Champions League; Kurban Berdyev’s side lost out narrowly to Lyon in the qualifiers. The Tsentrainyi Stadion is a hostile environment to enter, and a host of Russian internationals and familiar face Obafemi Martins will make the away tie in particular increasingly difficult. PAOK are not the force of past decades, but, like the Russians will make the away leg uncomfortable. The Irish champions will be sure to put up a fight in the emerald isle, but may find similar treatment to that distributed to Hearts in the qualifying round forthcoming at White Hart Lane.

Stoke have arguably got the most difficult task in front of them, with their fans looking for all inclusive holidays in the far-fetched lands of Israel, Turkey and Ukraine; Maccabi Tel Aviv, Besiktas and Dinamo Kiev lie in wait. Tony Pulis will be happy he has Wilson Palacios and Peter Crouch at his disposal, in what should be a tricky campaign. The Turks have European calibre and experience, and will look to capitalise on Tony Pullis’ outfit’s lack of past action in the continent. Stoke’s direct style of play will be countered by a technically gifted midfield trio of ex-Real Madrid playmaker Guti and Portugal international duo Ricardo Quaresma and Simao Sabrosa.

Kiev are top of the Ukranian Premier League currently have attacking options that could be the downfall of the side from the Britannia, with Andriy Shevchenko and international team-mate Andriy Yarmolenko sure to cause Ryan Shawcorss and company problems. Tel Aviv meanwhile will be the least threatening member of the trio, but the distance to the away leg will ensure a win is not guaranteed.

Fulham have a mixed group comprising Twente, OB Odense and Wisla Krakow. The Dutch side crashed out of the Champions League qualifiers at the hands of Benfica, but have a strong team; despite this a deadline day move saw Bryan Ruiz swap De Grolsch Veste for Craven Cottage, which could be the difference between the sides. OB were unlucky not to make the group stage of the top tournament, as they were eliminated by Spaniards Villarreal, despite winning the first leg. Krakow offer up an unpredictable element, but should not be underestimated as they are Poland’s current champions.

Birmingham may find the going tough especially with a squad depleted after relegation and will most likely focus on their domestic fixtures in an attempt to make it back to the English top flight, rather than a European adventure. Club Brugge and last year’s defeated finalists Braga should be too strong for The Championship side, who will target the fixtures against Slovenian outfit Maribor as winnable games.

The English sides will travel to the four corners of the continent in this year’s group stage, have drawn difficult opponents, and will have to be at the top of their game if they are to progress.