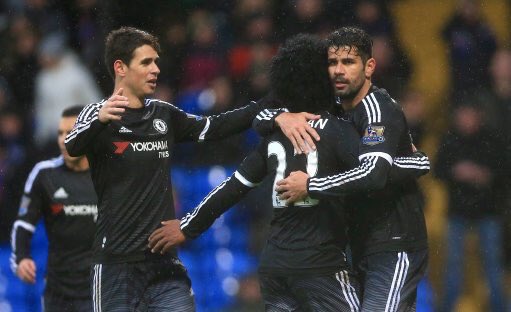 Arsenal maintained their lead at the top of the Premier League table with a 1-0 win over Newcastle United on Saturday. Fellow London rivals, Chelsea, won their first game under new manager Guus Hiddink, beating Crystal Palace 3-0 at Selhurst Park.

Elsewhere, week 20 results did go in favour of both the Manchester clubs – City and United won against Watford and Swansea respectively, both with a 2-1 scoreline. 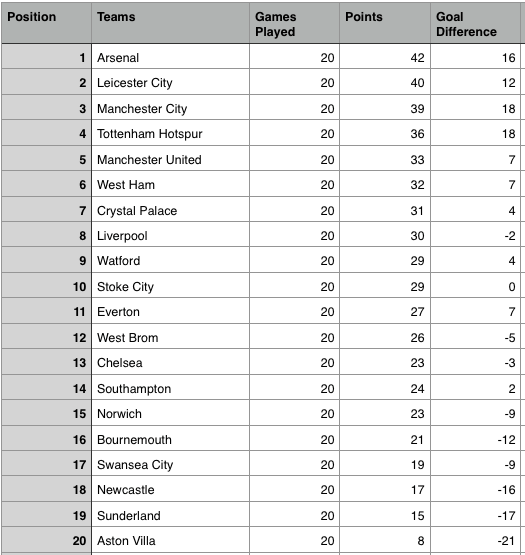 Arsenal marching on – Apart from the one disappointing 4-0 defeat to Southampton on Boxing Day, Arsenal have tackled the busy festive period nicely – they’ve won back to back league games and maintained their lead at the top. With several key players set to return from injuries, plus Arsene Wenger vowed to remain busy in the transfer window – it can only get better for the Gunners.

United need Rooney to fire – Wayne Rooney scored his first Premier League goal since 17th October when he netted the winner against Swansea on Saturday. It seems like Louis van Gaal is not too keen to sign a striker, rather he is willing to take risks with the players he have at disposal. Rooney has badly under-performed this season, but the England skipper can turn around his own fortune by recapturing his old goal scoring form.

Diego Costa & Oscar rejuvenated – Both Costa and Oscar performed below-par under Jose Mourinho. But they look a complete different player now under Guus Hiddink. Chelsea need few wins under their belt, and in short time, they’ll climb up the Premier League table.

God save Sunderland – What a massive win it was for the Black Cats, as they won 3-1 against bottom placed Aston Villa. The victory came after five consecutive defeats for Sunderland. But the real problem starts now – Sunderland will face Arsenal, Tottenham, Man City, Liverpool, Man Utd, in-form Bournemouth in their next seven games.