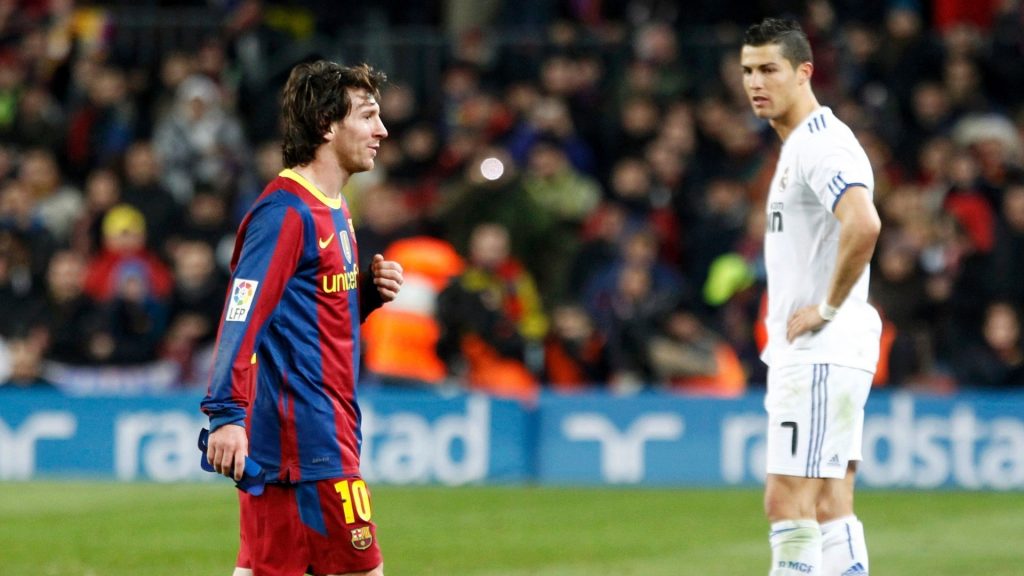 Often regarded as the greatest derby in world football, albeit arguably, El Clasico or The Classic is the match of the season in Spanish football. In footballing spheres, nothing else attracts public attention more than a game between Real Madrid and Barcelona in Spain. Six days today, Madrid’s Estadio Santiago Bernabeu will be the setting for this season’s first Clasico.

The fortunes of the two competing clubs couldn’t have been more contrasting leading up to the game. The Clasico comes at a time when the league table has taken shape after the frenzy of the opening weeks of the season. Barcelona edged ahead of Real Madrid by winning their last league game against Villarreal whereas on the same day, Real Madrid contrived to lose against Sevilla.

The game will mark the first ever Clasico of Real Madrid manager Rafael Benitez’s career. Having careered through various clubs across Europe, Benitez finally returned home to Madrid, where he started his career. The Clasico will be of significance to Benitez; the importance of the result which has a direct implication on the title race and the fact Benitez is yet to win the trust of the Bernabeu faithful.

Barcelona manager Luis Enrique will have a tip or two for Benitez about how to tackle a debut Clasico. Enrique’s baptism of fire last season at the Bernabeu ended with his team succumbing to a 3–1 reverse at the hands of Carlo Ancelotti’s Blancos, and Enrique will be looking to inflict a similar fate on Benitez this time around.

Barcelona are on a run of seven games without defeat, while Real Madrid’s unbeaten record this season was besmirched by Sevilla at the Ramon Sanchez Pizjuan last weekend. A game which marked the return from injuries of Gareth Bale and James Rodriguez ended with Real Madrid capitulating in Andalusia, the same way Barcelona did earlier in the season.

Real Madrid have scored the highest number of goals in the league this season, but does the amount of shots they take per game reflect on the number of goals? Benitez has been under pressure from certain sections at Real Madrid, mainly because of his somewhat reactive approach towards relatively strong opponents.

But at least the fact Real Madrid have scored the most goals often acts as Benitez’s protective veil. Los Blancos are the only team in the division to take more than 200 shots this season so far. But almost 40 percent of their shots have come from outside the box, which clearly points to the reason behind their low shots to goals ratio of 12 percent.

Basically, out of every five shots Real Madrid have taken, two are attempted from range. The probability of long range shots turning into goals is far lesser than shots from inside the box. Of their 89 shots from outside the box, only four have been goals, which is a conversion rate of only 4.5 percent.

In their games this season against supposedly Barcelona-class opponents in Atletico Madrid and PSG, Real Madrid struggled. They only managed to score two goals in those three games. Although point has to be made about the injuries Benitez had to contend with in those games. Gareth Bale and James Rodriguez are available to start in the Clasico, which wasn’t the case in the Atleti and PSG games.

Real Madrid played very compact and narrow in those games, resulting in very few chances created and correspondingly, very few goals scored. Their patterns based on isolating one part of their opponents’ attack, like they did with Edinson Cavani against PSG, or overloading the midfield and pressing from the front to stop any centrally oriented build-up play, like they did against Atletico.

In both the cases though, they suffered from the lack of a more pronounced attacking presence; Cristiano Ronaldo has been used mainly as a number 9, but his tendencies to drift into outward positions and drop short meant he mainly played as a hybrid between a ten and a nine. Also Real Madrid’s vertically compact shape made it difficult to have more bodies in conjunction with Ronaldo when they attacked which also disrupted their attacking impetus.

Bale started up front with Ronaldo in the Sevilla game in a 4–4–2 and the team lacked cohesion, and never quite managed to dominate the game. They resorted to shots from range, as has been the case all season, leading to little trouble for the Sevilla defence. With Karim Benzema set to miss out, Real Madrid will not only miss his goals but also miss his attacking presence, which works well in conjunction with Ronaldo.

The Case For Barcelona’s Defence

Barcelona are in a rich vein of form currently, and unlike Real Madrid, head into the Clasico in good form and shape. Their hopelessly exposed defensive unit at the start of the season looks to have been sorted; four clean sheets on the bounce is cause for much optimism but the Blaugrana could ill afford to get carried away.

One obvious caveat here is the fact the run of clean sheets, their first consistent streak in the season, has come against opponents of distinctly lesser attacking threat than Real Madrid. Teams like Getafe and Villarreal rarely set the pulses racing; you would struggle to name a proper attacker from those clubs. Roberto Soldado perhaps comes close.

At one stage of the campaign, Enrique’s side had conceded the most goals among the clubs in the top half, but since then, a lot has changed and most notably, Barca’s defence has stood firm and solid. The champions are yet to taste a draw in the league this term; their only draw came in a reshceduled Copa del Rey clash against lowly Villanovense, a game where none of their regular starters played.

Barcelona’s most distinct feature of play is their possession-based brand of football. That has seen them concede fewer chances to opponents, and effect fewer defensive actions throughout the season compared to Real Madrid. Barcelona’s defensive crisis at the start of the season was mainly down to the frequent changes in the back line, as opposed to Real’s near-constant personnel selections at the back.

But clean sheets give a defence a boost like nothing else, and the fact Javier Mascherano will be back in the fold following his two-game suspension will help Barca’s cause, although there are concerns about his health after sustaining a muscle injury against Brazil while playing for Argentina. Real Madrid in Madrid are a completely different prospect, and how Barca will cope with their superior attacking talents is one of the many reasons why the Clasico is eminently watchable.

The build-up to the derby next weekend has heavily centred around the fitness of Leo Messi. La Pulga, who picked up a knee injury against Las Palmas in September, is far from being a certainty to play in the Clasico. Messi has missed a month and a half of competitive football which doesn’t make a good case for any significant impact from him in the Clasico.

Nonetheless, Messi produces the goods in the Clasico; he either scores a goal or creates one every 30 minutes against Real Madrid. That is an enviable statistic, and his rate is more than double that of Ronaldo’s in the derby. While Messi does his best to get back in shape for the game, Ronaldo is nailed in to start. The Portuguese has lost more games against Barcelona than any other team, and as always, will have a point to prove.

And one believes Ronaldo’s point will only be proven with goals. He has scored only eight league goals this season, but five of those eight goals came in a single game. Ronaldo hasn’t been in his old, beast-mode form this term. He has not managed to find the back of the net in seven of the 11 games this season, a far cry from the ten in 35 last season.

In Real Madrid’s loss to Sevilla, Ronaldo was largely anonymous, and was isolated up front. He grew frustrated when his side went down, and never looked like pulling Real Madrid back into the game with swings of his feet. Does the absence of Messi mean Ronaldo is short on motivation to perform? Or are we witnessing their ruthlessness slowly fading away?