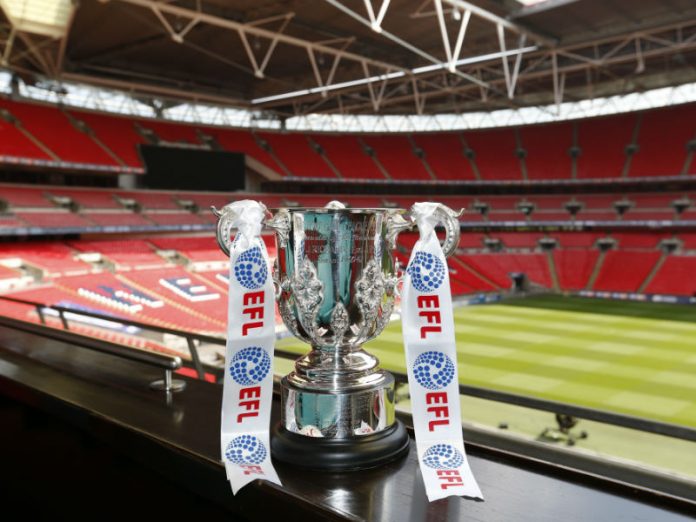 Manchester United will face West Ham in the stand-out tie of the EFL Cup quarter-finals, while Liverpool will face Championship side Leeds United.

Arsenal will welcome Southampton at the Emirates and Rafa Benitez’s Newcastle United will travel to KCOM Stadium to face Hull City.

José Mourinho’s side edged past derby rivals Manchester City 1-0 in the last round to reach the last eight of the EFL Cup on Wednesday night. After failing to win their previous three league games, including a humiliating 4-0 defeat to Chelsea, the result comes as a huge boost for Mourinho’s team.

The Red Devils face West Ham in the next round and the two teams are scheduled to meet each other twice at Old Trafford in a matter of days. West Ham face United on 27th November in the Premier League at Old Trafford and the Hammers will return again at the same venue three days later from the first fixture.

West Ham have had a difficult time this season, but they could prove to be a tricky opponent, even away from home. The last time the two sides met in this competition was in 2010, when the Hammers won 4-0 at Upton Park.

The Reds reached the finals of the EFL Cup last season but failed to come away with silverware on that day. It seems like Jurgen Klopp has set his sight on returning to Wembley Stadium again this year.

On Tuesday night, a much changed Liverpool side had produced yet another strong performance as the Reds won 2-1 against Tottenham at Anfield.

The iconic ground will play host for the next round where Liverpool are unbeaten in their last 21 games. The Reds welcome Leeds United who have endured mixed fortunes this season and are hovering in the mid-table in the Championship.

Liverpool are lucky enough to be handed one of the easiest draws and the Reds should have little trouble in reaching the final four.

Alex Oxlade-Chamberlain scored a brace as Arsenal sealed an emphatic 2-0 win over Reading to book a place in the quarter-finals. With that victory, the Gunners have extended their unbeaten run to 14 games and have set up a meeting with Southampton in the next round of the EFL Cup.

The two sides have met already this season, when Arsenal won 2-1 at the Emirates back in September. However, in the last meeting between the two sides in September 2014 in this competition, the Saints won 2-1 in North London.

Lee Tomlin’s late goal for Bristol City proved to be just a consolation in the end, as Hull City progressed to the last eight on Tuesday night. However, sitting 18th in the Premier League, survival remains the pressing need for the Tigers.

Newcastle demolished Preston 6-0 in the last round and the Magpies are riding high on confidence. The positive atmosphere surrounding the team (being at the top of the Championship) gives Benitez’s side an edge over Hull City.