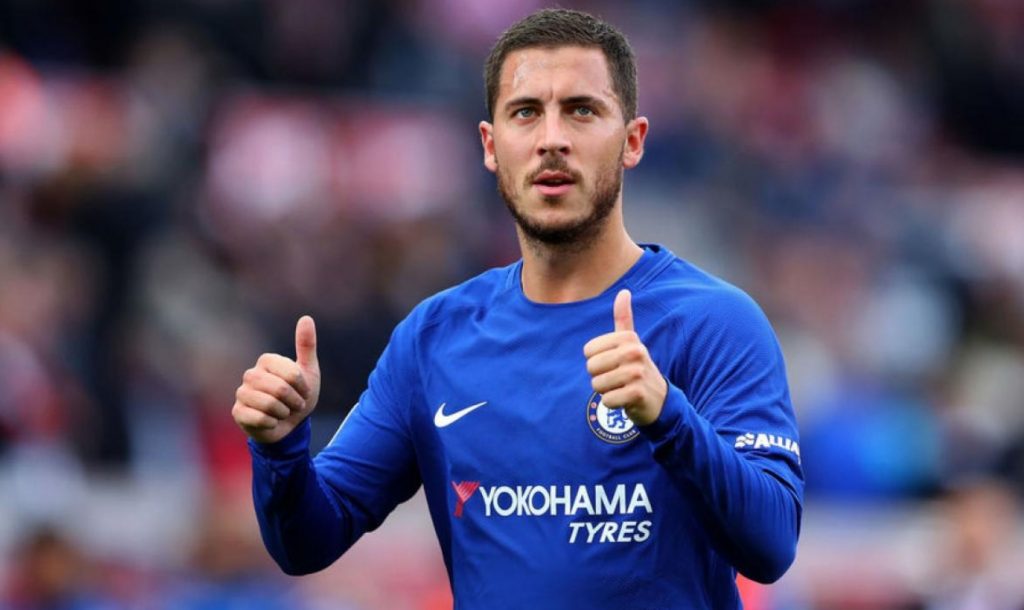 Eden Hazard has hinted recently that he is ready to put pen to paper on a new deal to keep him at Stamford Bridge.

The Belgian’s current deal comes to end in the summer of 2019. The Blues are keen to tie their talisman to a new deal as soon as possible and ward off interest from rivals.

However, Spanish media are claiming any potential deal will have a twist in the tale.

Mundo Deportivo are claiming the 27-year old is requesting a clause to allow him to join Real Madrid should the Spanish giants come calling.

Hazard has repeatedly been linked with a move to The Bernabeu and it’s looking increasingly likely he will make the move sooner or later.

Earlier this season his father, Thierry, was vocal about a move to La Liga. Speaking to Belgian news outlet Le Soir, he said:

“What I can say about Eden is that he refused an extension of contract to be able, if necessary, to follow the interest of the Real, where he would see himself well”.

Time to cash in?

Many Chelsea fans see Hazard as the best player at the club. However, The Blues need players who are 100% committed to the cause. The constant rumblings of a move to Real Madrid ask the question… ‘Is it time to sell?’

At 27, the Belgian has plenty of years left in him. But if Chelsea want to cash in, selling him this summer would see the Stamford Bridge coffers swelled hugely.

It would then be vital to reinvest that money in refreshing the squad. That’s not to say replacing such a key player would be easy.

This summer will see increased speculation. Only time will tell on whether we see Hazard donning the famous white strip next season.