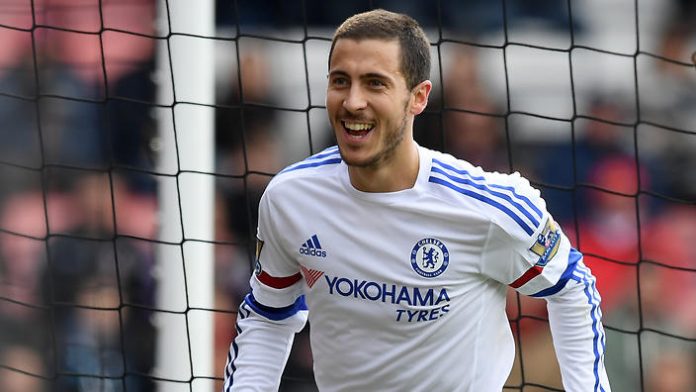 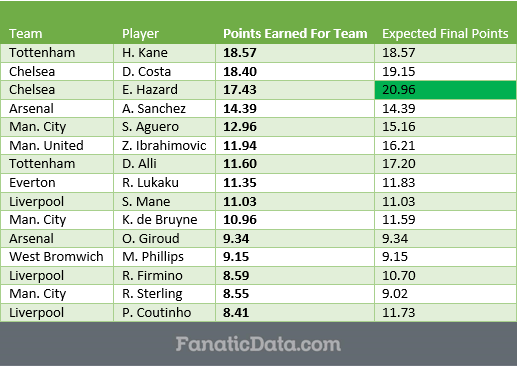 For this article, we added a fourth column to the chart above to indicate the number of points we expect each player to earn by season’s end. We determined the expected points by calculating the average amount of points each player has earned over the last 5 matchdays. Then we multiplied those averages with each player’s total remaining matches. These calculations show that Eden Hazard’s recent surge makes him the favourite to become MVOP.

Kane’s final point total is the same as his current point total since he did not tally points while injured over the past few matchdays. If Kane is able to shake off the rust quickly, then Eden Hazard’s current surge might not be enough to secure the MVOP title. Both players have 7 matches remaining this season, so plenty can change with a little more than a point in difference between the two.

Looking at the third column, Kane continues to hold a slim lead over Costa with Hazard following in third place in the current point totals. Having not lost any ground in the MVOP race while injured, Kane’s return could change the plot of this race yet again.

We determined the most valuable starting squad through Matchday 32 utilising the most commonly used formation in the Premier League: 4-2-3-1 (excluding goalies). 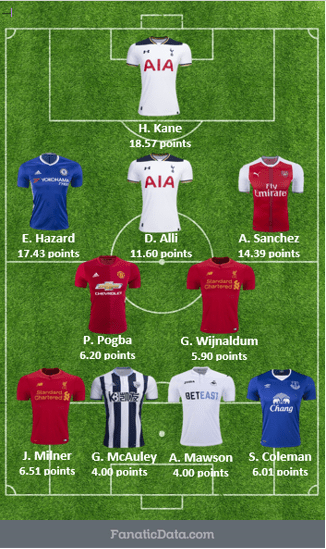 A couple of firsts occurred in this latest most valuable starting squad. Kevin de Bruyne was replaced by Dele Alli at the CAM position for the first time this season. De Bruyne was in that position since Matchday 6. Georginio Wijnaldum also made it to the squad for the first time by replacing his Liverpool teammate Adam Lallana at one of the CM positions. All other positions remained constant.

Get an update for the rankings and starting squad after Matchday 34.