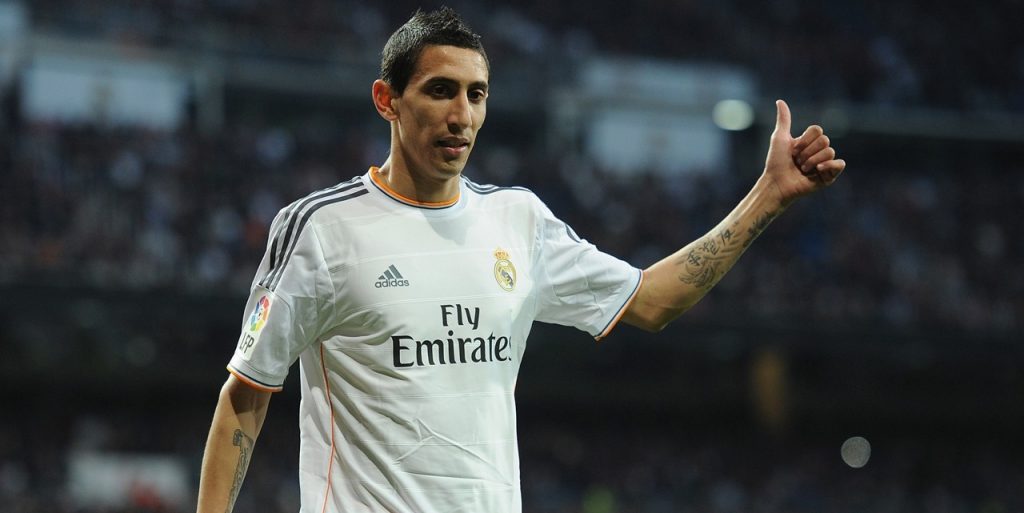 Di Maria is currently with the Argentina national team for the 2014 FIFA World Cup in Brazil. The Real star has informed his agent not to inform him on any developments over his future as he wants to focus on the summer tournament in South America.

“I’ve asked my agent not to tell me anything about the talks he’s having. I don’t know what’s going to happen with my career,” Goal.com quoted Di Maria as saying.

“I don’t want to know anything about my future right now. I’m focusing on my national team and not on what’s going on elsewhere.”

Di Maria played a crucial role in helping his side win the Champions League final against their derby rivals Atletico Madrid in May. Meanwhile, Real manager Carlo Ancelotti has admitted the club in keen on retaining the Argentine winger beyond the summer transfer window.

“I think Di Maria knows very well that everyone wants him [to stay] – the coach, the club, the fans [want him]. I think that he has no doubts with this,” the former Chelsea manager had said earlier.

With Di Maria’s latest comments, it could be an invitation to potential suitors that he is open to leave Real this summer. Arsenal already signed Mesut Ozil for a club-record £42.5m last year.

The German international could urge Di Maria to snub a chance to join United and sign for the Gunners. However, with Louis van Gaal in charge at Old Trafford next season, the Dutch boss could tempt the winger to join him for the start of new beginning at United.

It is unsure whether he will join either of the two Premier League clubs or will he continue at Real. However, any developments on Di Maria’s future will take place after the completion of Argentina’s World Cup campaign.