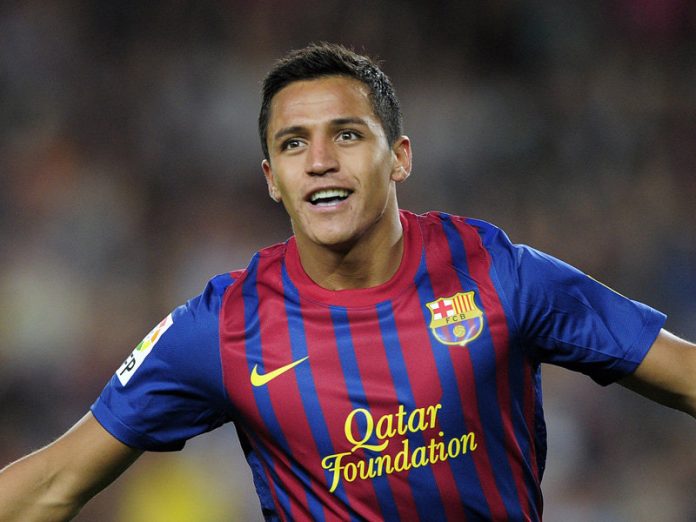 According to Spanish newspaper AS , Chilean winger Alexis Sanchez has reportedly cut short his vacation and has headed to Barcelona to resolve talks about his future at the Catalan club. It is reported that Barcelona will take up any potential deals related to the 25 year old only after they secure the services of Luis Suarez from Liverpool.

Barcelona’s sporting director Andoni Zubizarreta had earlier deemed the Chilean who had a fantastic World Cup as ‘transferable’. It is now believed that the player is valued by the Camp Nou outfit for anything between €30m to €35m.

Liverpool were earlier insistent to include Sanchez in the Suarez deal but now according to Catalan TV channel TV3, the winger is not keen to join the Merseyside giants. The news channel also claims that there are two offers on the table for Barcelona, one from Serie A champions Juventus, the other and a more lucrative one from Arsenal.

The club is yet to speak with the player himself but the Catalans prefer Arsenal’s offer. However there would be a stumbling block to a move to the Emirates if Sanchez decided to return to the Serie A where he earlier played for Udinese before joining Barcelona.