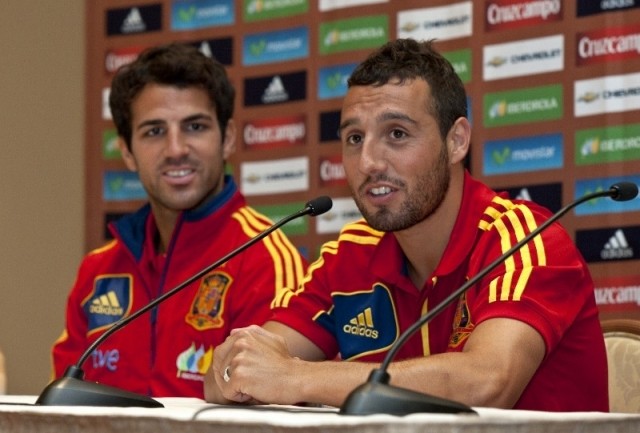 Santi Cazorla could be heading away from Arsenal in the summer transfer window after the midfielder hinted that he could make a move away from the Emirates.

The Spain international has been linked with a move to his native as the La Liga champions Atletico Madrid are rumoured to be interested in signing him. Earlier we reported the Spanish capital club are preparing a €20m bid in signing Cazorla.

The Gunners star has made no efforts to cool the transfer as Atletico are desperate to seal the Cazorla’s signature. The midfielder is with the Spain national team for the ongoing World Cup in Brazil.

Cazorla says that his focus remains with Spain’s preparation and admitted that he will think over his future after the summer event.

“When the World Cup is over, I’ll start thinking about my situation. I don’t want to be thinking about it right now and I’ve told my agents not to tell me anything if an offer comes in,” Cazorla told reporters.

The North London club’s star claims he knows few Atletico players and is aware of the ongoing rumours linking him with a move to the Champions League runners up.

“But I know a few of the Atletico players – [Diego] Godin, Juanfran – and I know the side well from when I was playing the Spanish league. But until the tournament is over, I won’t know if the rumours are true or not,” Arsenal midfielder added.

Should Cazorla leave Arsenal in the summer transfer window, it will be a major blow for the Gunners and their manager Arsene Wenger, especially after the Frenchman rejected a chance to re-sign Cesc Fabregas from Barcelona.

Cazorla’s compatriot agreed terms to join Chelsea after the Emirates club turned down the chance to bring Fabrgeas back to the Emirates.