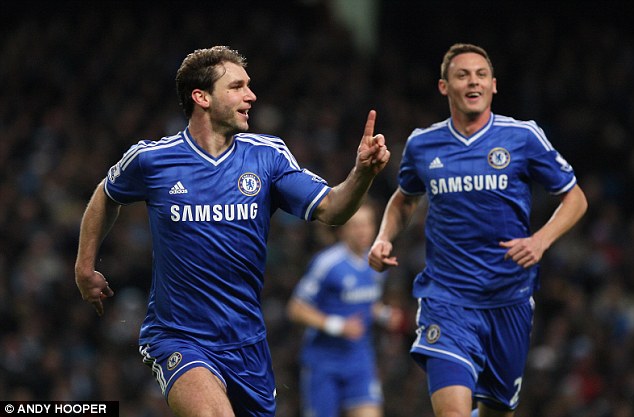 Chelsea duo Branislav Ivanovic and Nemanja Matic both came off injured in the space of 8 minutes in Serbia’s Euro 2016 qualifier at Albania. The former had a hamstring problem midway through the second half before the latter hobbled off not long afterwards. Serbia did go on to win the match 2-0 thanks to late goals, but have no chance of qualifying for the Championships in France next year.

While it still isn’t clear as to how long they will be out, this would normally be terrible news for Chelsea, as both Ivanovic and Matic are hugely influential individuals for the Blues. This season though has panned out very differently than expected, and losing these players for a couple of games could in fact turn out to be a blessing in disguise for Jose Mourinho and his troops.

Ivanovic was made Chelsea’s vice-captain this season and has led his side out several times as John Terry has been left on the bench. His performances though have been downright awful. His poor positioning, lack of pace and inability to sense danger has seen every opponent target the Blues’ right-hand side, and several wingers have run riot.

Yet, Mourinho has somehow not dropped Ivanovic yet. It is quite incredible how the 31 year-old has kept his place in the side, despite other options being available to the manager.

Young left-back Abdul Baba Rahman was signed in the summer from Augsburg, and Cesar Azpilicueta, who is naturally a right-back, is arguably the best one-on-one defender in the whole of the Premier League. It seems a simple enough switch to make. There is also the option of playing Kurt Zouma on the left.

The Blues are in 16th place after 8 games and play fellow-strugglers Aston Villa at Stamford Bridge on Saturday. It will be a great time to try out one of these combinations, as Ivanovic will struggle to get fit before then. If it works, it could well end up becoming a long-term option, thereby solving a lot of the problems at the back for Chelsea.

A shadow of his former self

Matic on the other hand has seen quite a stunning dip in his form since last season. The midfielder was undoubtedly one of the best players in his position in the whole league in the 2014/15 campaign, but has looked ragged and listless this time around.

Ruben Loftus-Cheek has been promised a start against Villa by Mourinho and so in all likeliness, Matic would have sat that game out anyway unless a change in formation was being planned. Last weekend, in Chelsea’s embarrassing loss to Southampton, the Serbian was brought on at half-time, only to be substituted again. This drew a lot of jeers from the home crowd, and was seen as the undermining of one of of the most important players in the side.

It remains to be seen if either of them make it to the game on the 17th, but it may just be a good thing if they don’t. These two areas have been the weakest links in the Chelsea side so far and Mourinho will now have no excuse for not bringing a change. If the new combination clicks, it may well lay the foundation for the rest of the season as the Blues look to get their winning habit back.