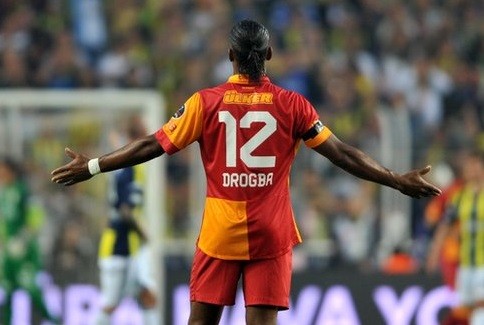 The all-time top-scorer of the Ivorian national team has been linked with a return to Europa League winners Chelsea this summer.

Movement is expected to be made from both parties during Chelsea’s pre-season, but no talks have undergone yet.

Chelsea manager Jose Mourinho managed the 35-year old during his first stint at the club, and is keen for the pair to renew acquaintances, as the London side have so far failed in their bid to sign a new striker.

Mourinho was reportedly quoted by a French publication saying he would consider bringing the prolific goalscorer back – potentially on a rolling 12-month contract.

Drogba, currently playing for Turkish side Galatasaray, has always said a return to Chelsea would interest him if he received a formal approach.

Since his departure from Chelsea, the Ivorian international joined Chinese Premier League side Shanghai Shenhua – scoring eight goals in 11 games before departing for Galatasaray. This season, the 35-year old has netted 5 goals in 10 league games for the Turkish outfit, and would relish a chance back at the top level.

He certainly left a lasting legacy at Chelsea. 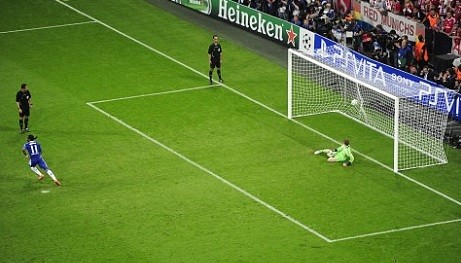 His record at Chelsea was remarkable. 157 goals in 341 games. His last kick of the ball was scoring the winning penalty pictured to win his side the 2012 Champions League final against Bayern Munich (the 2013 winners). What better way to leave your side with a parting gift as something to remember you by?

Jose Mourinho and Didier Drogba both pictured are two names synonymous with Chelsea football club. They have atoned for such much of the side’s success in the past, and one last reunion could well be on the cards. Supporters voted in favour of a return for the striker, and were left bemused as to why he was allowed to leave in 2012.

Chelsea have been in need for a consistent scorer capable of playing the lone-striker role. They don’t come much better than Didier Drogba, and even with his advancing-age, could still be an asset to the side.