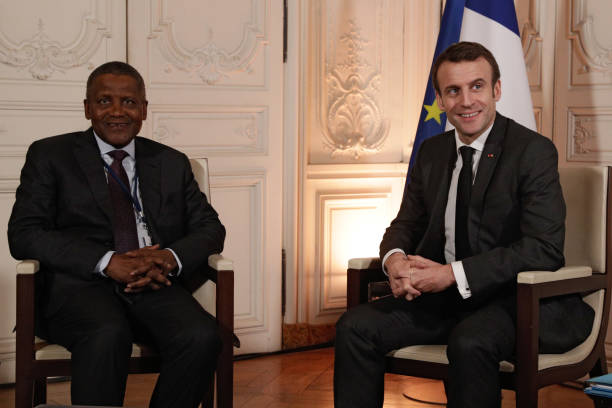 Africa’s richest man Aliko Dangote wants to buy Arsenal and is hoping to be able to do so next year.

The Nigerian has a net worth of more than £8.5 billion and has been constantly linked with taking over the Emirates Stadium outfit.

Fans of the North London club would love to see major squad investments that will see the side return to the top of English football again.

It remains to be seen if that will happen anytime soon, but Dangote is hoping to launch a bid to own the club going forward once he is done building the largest single-train refinery in the world in Lagos State, Nigeria.

“It (Arsenal) is a team that, yes, I would like to buy someday, but what I keep saying is we have $20 billion worth of projects and that’s what I really want to concentrate on,” Dangote said on the David Rubenstein Show in January.

“I’m trying to finish building the company and then, after we finish, maybe sometime in 2021 we can.

The Athletic’s David Ornstein has commented on Dangote’s chances of buying Arsenal, and it looks slim as they come.

“No and the Kroenkes have no intention of selling, as far as I know,” the journalist replied when asked on The Athletic if he knows anything about a potential takeover.

American billionaire businessman Kroenke joined the Arsenal board of directors in 2008, owning 30% of the club.

He increased his shareholding in Arsenal to 63% three years later and offered around £600 million in a deal that would value the club at £1.8 billion to the second major shareholder Alisher Usmanov to take complete control of the club in 2018.

He also owns the Los Angeles Rams of the NFL, Denver Nuggets of the NBA, Colorado Avalanche of the NHL, Colorado Rapids of Major League Soccer, Colorado Mammoth of the National Lacrosse League, the Los Angeles Gladiators of the Overwatch League, and the newly formed Los Angeles Guerrillas of the Call of Duty League, and it remains to be seen if he is interested in selling Arsenal anytime soon.

Arsenal last won the Premier League title in 2004 and have missed out on the Champions League in the last three seasons.