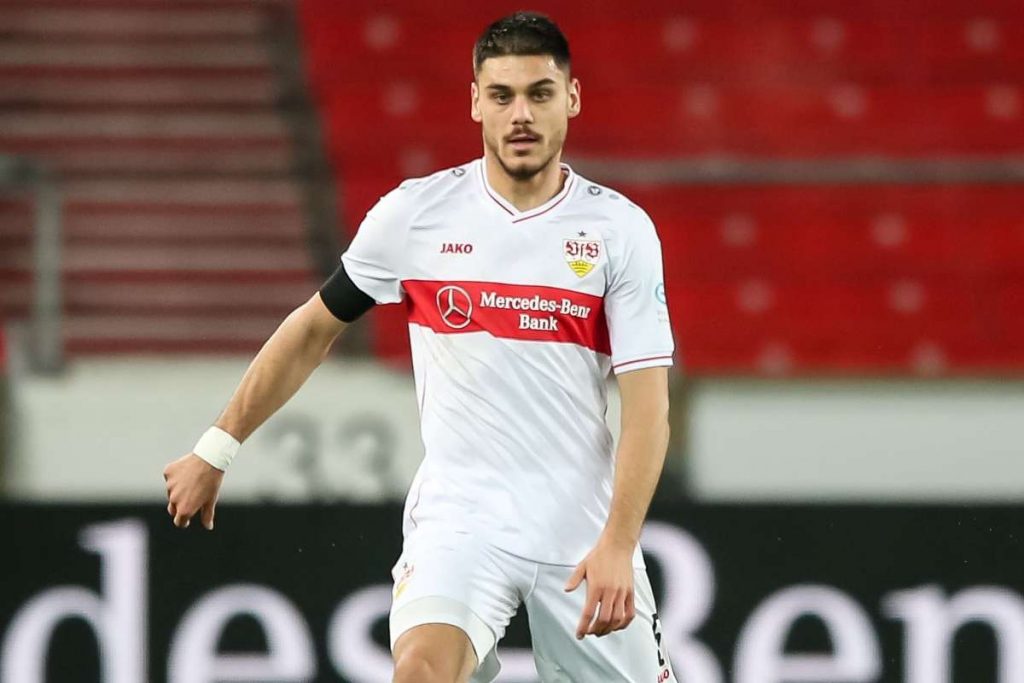 Arsenal recently agreed to loan Konstantinos Mavropanos back to Stuttgart for another season as he was not in the plans of manager Mikel Arteta.

Reputed journalist David Ornstein has now revealed that the Greek defender could join the German outfit permanently in 12 months.

The club have the obligation to buy Mavropanos for £3 million if they avoid relegation. In case they don’t, the option won’t be mandatory.

The Gunners have agreed £500k as a loan fee, and they stand to receive another £1.5m in performance-based bonuses in the future.

The financial package has obviously frustrated some fans, with few believing that the 23-year-old had a future with the Gunners.

Mavropanos made an impressive debut against Manchester United in 2008, but he has managed just seven more appearances.

Arteta likes to play a left-footed centre-back in the starting line-up, and he has the position covered with Gabriel Magalhaes and Pablo Mari.

It was unlikely that Mavropanos would break into his plans. It was probably the right decision to loan him out with a future purchase option.

Ornstein has revealed that there is a sell-on clause. It could boost the Gunners’ finances in future if Mavropanos secures a high-profile transfer.

Stuttgart finished an impressive ninth on their return to Bundesliga last term. Mavropanos made only 19 starts, but he could play a more dominant role next season.