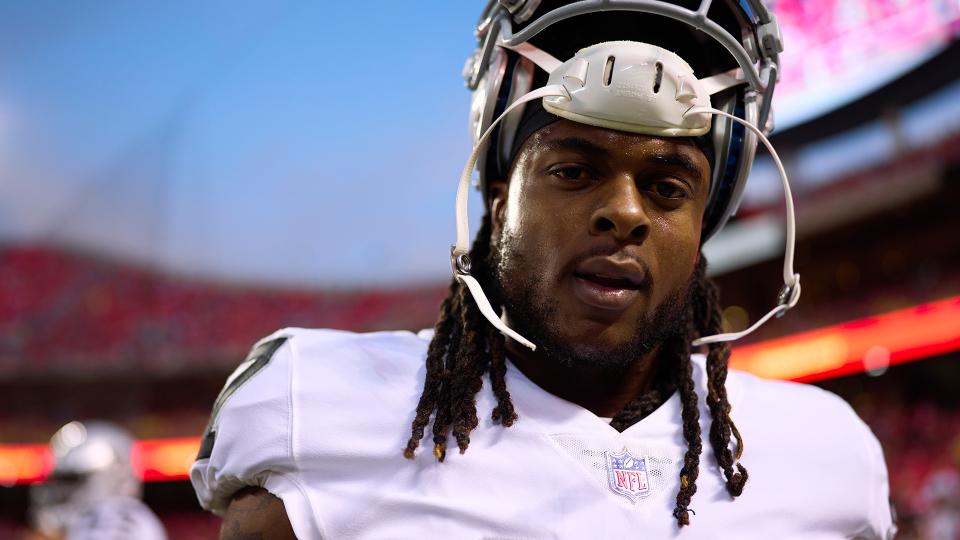 Davante Adams lashed out after the Chiefs loss on Monday, as the Raiders wide receiver pushed a cameraman out of frustration as he left the field.

The Las Vegas Raiders were unlucky to lose out to the Kansas City Chiefs on Monday night, as Patrick Mahomes and Travis Kelce mounted a spectacular comeback to overturn a 17 point deficit in the last two quarters.

Drama came after the game however, as Raiders WR Davante Adams shoved a cameraman out of frustration, the raiders player has since apologised for his actions on Monday night:

Sorry to the guy I pushed over after the game. Obviously very frustrated at the way the game ended and when he ran infront of me as I exited that was my reaction and I felt horrible immediately. Thats not me..MY APOLOGIES man hope you see this.

The cameraman appeared to run in front of Adams to try and get a shot of the player before he entered the changing rooms following the loss, with the player lashing out in frustration.

An apology came immediately after the game, with Adams expressing his regret over his actions in his post match press conference.

“I’m coming off the field and I bumped into him and pushed him. I think he ended up on the ground, so I want to say sorry to him because that was just frustration mixed with him running in front of me and I shouldn’t have responded that way.”

Adams played a great game despite the loss, with the 29-year old catching three passes for 124 yards and two long touchdowns of 58 and 48 yards and will be hoping that his actions after the game don’t tarnish the good performance he put in.