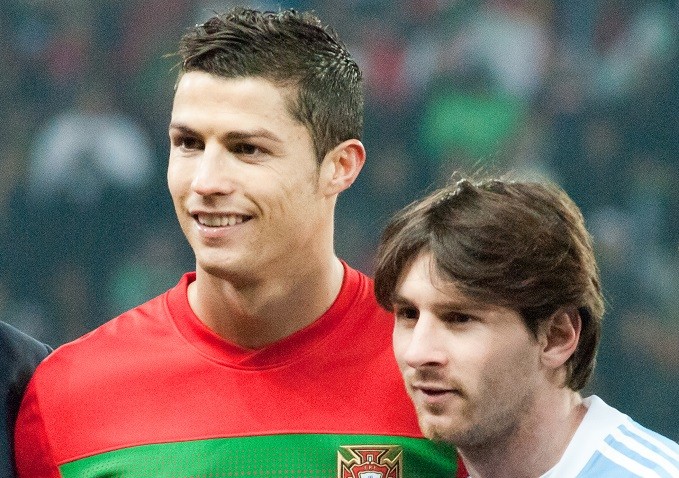 When two players emerge at the same point in history that both have an ability that sets them above their piers then a rivalry is bound to develop. Much like that of Bobby Charlton and Franz Beckenbauer, Cristiano Ronaldo and Lionel Messi have been thrown together as players of their generation and we take a look at the rivalry between them.

The fact that no other players of this era can get close to the ability or stats of either player just goes to show how important they are both to their respective clubs but also as icons to the sport. Neither claim the rivalry is anything other than friendly competition and, indeed, the great Sir Alex Ferguson explained it in these terms:

“I don’t think the rivalry against each other bothers them. I think they have their own personal pride in terms of wanting to be the best.”

The fact that the world media love to tell stories through great rivalries such as those of Muhammad Ali and Joe Frazier in boxing or Björn Borg and John McEnroe in tennis have a certain salience in the way they report and write about the Messi-Ronaldo rivalry but neither player has ever alluded to their actually being an animosity between them. Messi himself stated that it was:

“only the media, the press, that want us to be at loggerheads but I’ve never actually fought with Cristiano.”

Therefore it is safe to assume that the rivalry is somewhat of a construct of their environment rather than something they hold against each other on a personal level yet both strive to be at the pinnacle of their sport and help their clubs win as many trophies as possible. The fact that they play for the biggest rivals in World Football, a match named El Clásico that is watched by 400 million viewers worldwide, also adds to the mystic of their own rivalry.

Messi and Ronaldo Geniuses in their own right

Both are, no doubt, fantastic players in their own right and if you compare the two you can see just how amazing they are. Having won 9 Ballon d’Ors between them (5 for Messi and 4 for Ronaldo) plus breaking the 50 goals in a season mark on more than one occasion their rivalry pushes each other to do better.

Messi is the all time leading goal scorer in La Liga having scored 361 since 2004 with 28 hat-tricks and second is Cristiano Ronaldo with 286 since only 2009 with 32 hat-tricks. Both have been leading lights for their countries with Ronaldo most recently leading the Portugal National side to victory in Euro 2016 and Messi was instrumental for Argentina in World Cup 2014 when the Argentines lost out in the final to Germany.

They also come across as completely different personalities with Cristiano Ronaldo often seen as the flamboyant show-off while Messi is portrayed as quiet and humble but the truth is, on the field they are head and shoulders above their piers and have a mutual respect for each other. Ronaldo probably put it best himself when he said:

“We have to look on this rivalry with a positive spirit, because it is a good thing. In years to come I hope we can look back on it together and laugh.”