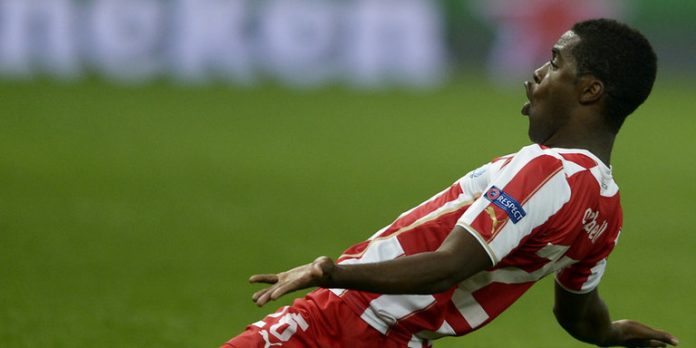 Joel Campbell is set to be unleashed on Premier League defences next season, with Arsene Wenger reportedly telling the striker he wants him in his Arsenal squad following an impressive loan spell for Olympiakos. 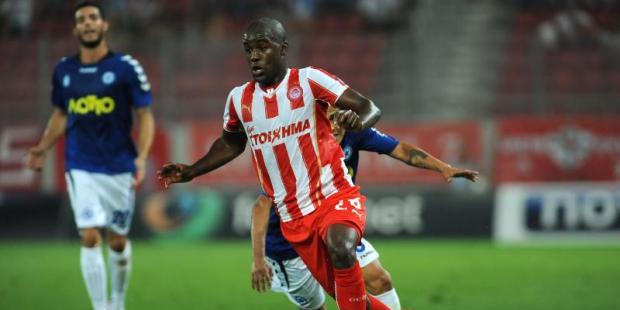 Campbell, who scored a stunning goal against Manchester United in his side’s Champions League last 16 tie in February, has seemingly done enough to convince Wenger of his quality, with the Daily Mirror claiming the Frenchman wants him back in North London for next season.

The 21-year-old has been on the books at Arsenal since 2011, but is yet to make an appearance for Gunners, having spent the last three seasons on loan at Lorient, Real Betis, and Olympiakos respectively.

Olympiakos, who are currently 19 points clear at the top of the Greek Super League, reportedly want to sign Campbell on a permanent deal, but have been rebuffed by the Gunners, who are said to be keen to give the young attacker his chance next season.

Olivier Giroud has played up top in the majority of Arsenal’s games this season, with only the inexperienced Yaya Sanogo and the marginalised Nicklas Bendtner in reserve.

Arsenal fans have been calling for Lukas Podolski to be handed the role in recent weeks, but Wenger prefers a target man at present.

The return of Campbell next season may herald a change of attacking emphasis at the club, with Wenger also said to be on the lookout for further striking reinforcements, with Podolski and Bendtner potentially heading for the exit.

What do you think? Does Campbell deserve a crack up top? Let me know in the comments below…