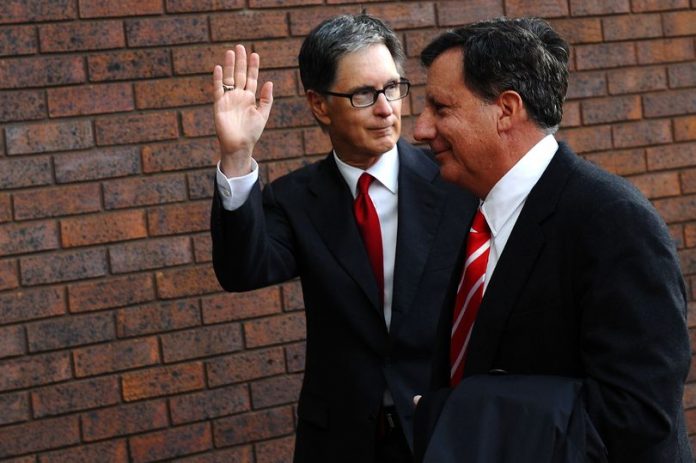 Liverpool Football Club’s values and traditions need little introduction to the average British football fan – Bill Shankly, dignity in the face of tragedy, You’ll Never Walk Alone – everything the embodiment of the spirit of a proud, working-class city. If Barcelona’s “More than a club” motto applied to any English club, it would be most fitting at Anfield. Even so, it can be obviously be something of an uphill struggle to keep these values alive in the money-dominated Premier League era.

The aforementioned character of Liverpool thus ensured that the recent furloughing of staff shocked the football world more than it would at any other top-level Premier League club. These are by no means my views, but many will see it from this perspective: Manchester City or Chelsea? The vanity projects of the super-rich from whom greed is almost expected. Manchester United? We’ve accepted since the 90s (and increasingly post-Glazer) that the club’s corporate side barely reflects the ways of Busby and Ferguson. Arsenal? Without an identity as strong as Liverpool’s, with little expected as a custodian from Sam Kroenke. Tottenham? Daniel Levy’s miserliness is notorious.

I’ll reiterate that I don’t subscribe to these generalizations, but an area where I would say distinct categories start to emerge is with football club owners, which do to a certain extent correspond to nationalities and cultural backgrounds. I don’t think I’m being especially biased by saying that those who tend to recognise a responsibility simply as custodians of a club, who realise its place in the heart of a community and aren’t altogether profit-driven, tend to be British. This isn’t surprising, considering they’re going to have the greatest awareness of British football. Moreover, the best examples tend to be locals and lifelong fans; see Steve Gibson, Tony Bloom and Kevin McCabe, to name just a few. Not that there aren’t exceptions to the rule – Mike Ashley being the most topical example.

Then there are the vanity owners, who see clubs as a status symbol. Roman Abramovich will epitomise this for many, but for having proved to be a more sensible owner than he is given credit for and other reasons that I’ll get to, I’ll spare him the indignity of being included in this category. However, he did inspire a generation of imitators who fit right in – see Flavio Briatore at QPR. It’s essential for any egotistical, power-hungry owner to have total control and be hands-on even within areas that they have little experience with, hence why many of these cases don’t end well, from the time they’re there until their interest disappears and the club is left with mountains of debt. Thankfully, the well-publicised failures that have scared off many potential suitors, and increasingly astronomical funds needed to compete, mean this type of owner is something of a dying breed.

One ownership agenda that unfortunately only looks set to grow is sportswashing. Manchester City is the club we always point to here, with the very clear incentive for Abu Dhabi royalty to shape an institution in Western sporting culture that can provide a polished, respectable counterweight to allegations of human rights abuses under their watch back home. You could even make a case for the predecessor Thaksin Shinawatra for bringing sportwashing to the blue half of Manchester first, as he desperately sought to enhance his reputation in the face of human rights and corruption allegations stemming from his government back in Thailand. Meanwhile, going back to Abramovich, he had no urgent political agenda to attend to in his acquisition of Chelsea, but knew all too well that instability in Russia required him to achieve a level of fame and prestige that would make him untouchable. Years later, he’s still doing good, while so many of his oligarch peers are behind bars or six feet under.

Now let’s take a look at the professional sports franchise owners – the Americans. I use “professional” not just to describe the teams they take on, but to describe themselves. These guys are experts, who once they’ve built their fortune through some other means, quite often make profiteering from sports franchises a full-time job. It’s quite simply cold, hard Yankee capitalism transferred to the green field, as they say out there. They’ve been doing it in the States for decades, and now money has lured them over the Atlantic to add a soccer club to their portfolio.

Early forays bore mixed results as owners struggled to adapt outside the American sporting landscape. Randy Lerner’s had the best intentions at Aston Villa, and in the early days splashed the cash in a way unfitting to most of his more pragmatic, calculating peers who ventured out to Europe in the following years. Others around this time of course included Tom Hicks and George Gillett at Liverpool, and from their disastrous tenure there it’s safe to say they wouldn’t have been more altruistic from the current lot during the coronavirus crisis.

Things have certainly improved since then, though. Tom Henry and his FSG group have written, up to a point, the blueprint for success for American club owners in Europe. They’ve overseen the implementation of one of European football’s best recruitment frameworks, made possible by an egalitarian “transfer committee” that allows for both the canny acquisition of re-sellable talent along with the odd big-money spree like in 2018. The needless idea of a new stadium that Hicks and Gillett botched so badly was ditched in favour of the obvious redevelopment of Anfield; done phenomenally well and set to continue further. Commercial profits have risen year upon year. Managers have been given time to see their philosophies through to full fruition, allowing us to witness an absolutely phenomenal Liverpool side this season.

In an era of globalised capitalism, and with the increasing necessity to treat clubs as well-oiled commercial entities rather than extravagant playthings in the age of Financial Fair Play, American ownership on the continent is fitting with the times and will likely see more success in the coming years. Owners have gradually started to appreciate the differences in culture that distinguish football clubs from American sports franchises, where one can more easily get away with treating fans as mere consumers.

Ultimately, though, FSG’s furloughing of staff sadly conforms to type. They are running a business. For them, that takes precedence over any community-minded action that those with roots closer to the club would see as a more pressing priority. The U-turn is welcome, but it isn’t the first and nor will it be the last time that American owners cause upset putting profits ahead of anything else.