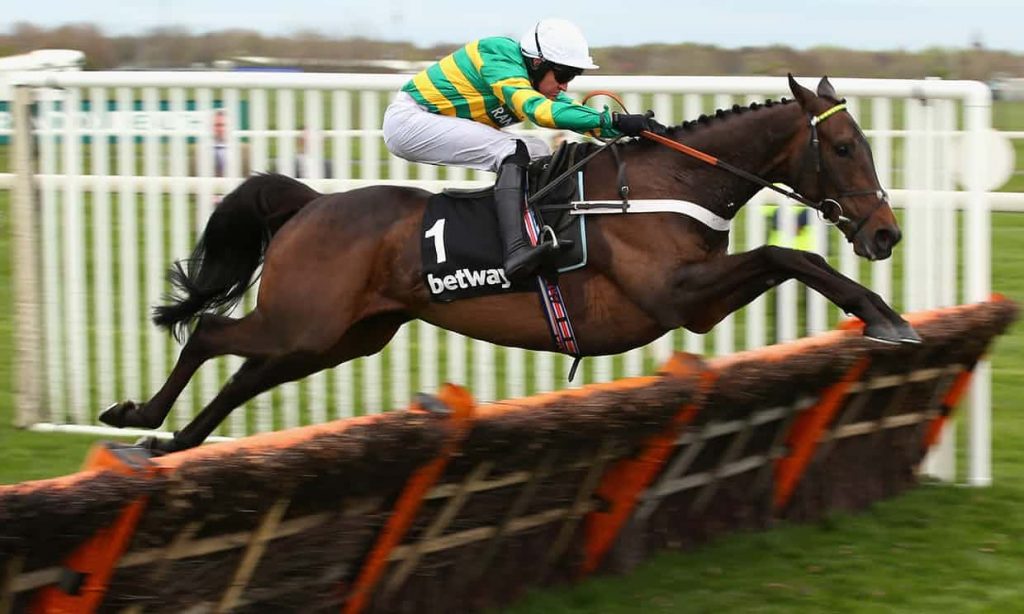 More than 260,000 spectators are expected to attend over the four-day event which is set to be another thrilling festival. The finest horses, jockeys, owners and trainers will battle it out for some of the highest honours in racing.

As well as enjoying the event, either in person or watching on TV, many like to place a bet on Cheltenham. Over the years it has proven to be a very popular event by punters, both novice and experienced.

With terrific odds often on offer and the thrill of cheering on a horse over the course of the track, it is no surprise that several bets get placed before and during the event.

Hoping that 2018 will provide some more classic races, below are a list of our five favourites from the Cheltenham Festival from years gone by:

The 1963 Cheltenham Gold Cup winner, Mill House, headed into the 1964 run as the bookmakers’ favourite, with narrowly shorter odds than Arkle.

Mill House, the Irish-bred, English-trained racehorse was considered one of the best National Hunt racing horses in the UK.

Unfortunately for that horse it failed to live up to expectations in 1964 as its rival, Arkle, beat it to the finish line by five lengths. This would prove to be the first of three consecutive Gold Cup wins.

Mill House was the favourite for the Gold Cup having finished 20 lengths ahead of the competition at the 1963 Hennessy Gold Cup, where Arkle had finished back in third.

The 1964 Cheltenham Gold Cup would be the last time that Arkle did not start a race as favourite. And injury at Kempton Park in December 1966 ended the horses career.

The 81st edition of the Cheltenham Gold Cup took place in 2009 which was won by pre-race 7/4 favourite, Kauto Star.

It would be the first time in the race’s history that a horse would regain the Gold Cup – previously winning it in 2007. Kauto Star was actually the runner-up in 2008 as well, meaning he narrowly missed out on a treble.

The winning margin of 13 lengths was the widest in the Gold Cup since 1995.

Denman was the horse finishing second with a starting price of 7/1. The horse would repeat that feat a year later, despite odds for that race being 4/1. 8/11 favourite in 2010, Kauto Star, fell. Denman had finished ahead of Kauto Star in winning the 2008 edition.

Kauto Star passed away in 2015 and is considered one of the most successful steeplechasers in the modern era. The French-bred horse finished its career with £2,375,883 earnings in race prize money.

The 2016 Queen Mother Champion Chase at Cheltenham saw three former winners in the big race with Sprinter Sacre returning to win the race.

Pre-race 4/6 favourite Un De Sceaux could only finish second to the 5-1 shot, ridden by Nico de Boinville; 7 lengths behind after being overtaken heading into the final turn. This was the French-bred horse’s first defeat when completing a steeplechase and one that stunned many who had backed it in their Cheltenham tips heading into the four-day event.

Dawn Run completed a unique double at the 1986 Cheltenham Festival when she became the first and still the only racehorse to compete in both the Champion Hurdle and Gold Cup.

Widely considered one of the most successful racemares in history, the Irish Thoroughbred became only the second mare to win the Champion Hurdle – there have only been two more since.

To give you an idea how good she was, Dawn Run had been the heavy favourite to win the 1986 Cheltenham Gold Cup. This was despite that no horse had ever completed the Champion Hurdle and Gold Cup double previously, she was still a novice over fences, and the three-and-a-half-mile course was further than she’d ever run before!

The 1977 Cheltenham race had been short of proven racehorses heading into the event but is now widely considered the greatest Champions Hurdle ever run.

Night Nurse would win the 1977 Champion Hurdle, and prior to doing so had won 10 consecutive hurdle races between 1975-76. These included an undefeated season, winning the Welsh, English and Scottish Champion hurdles.

Many had questioned Night Nurse’s ability, particularly on soft ground, but he would prove any doubters wrong by finishing ahead of Monksfield.