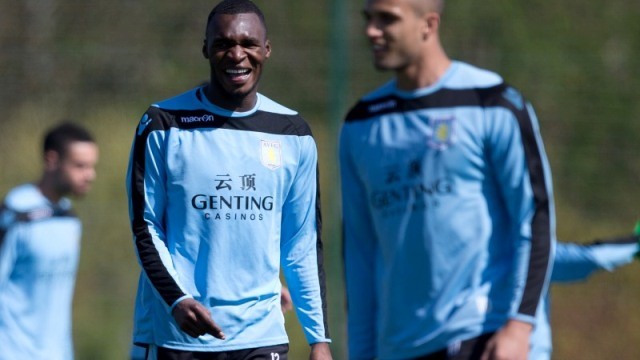 Aston Villa have their first game of the 2013/14 Premier League season at 15:00 away to last season 4th-placed finishers Arsenal.

The biggest talking point of their pre-season campaign has been securing the future of striker Christian Benteke left. The Belgium international has signed a new deal with the Midlands side after previously handing in a transfer request amid interest from league compatriots Arsenal, Liverpool, Tottenham, and Chelsea.

After committing his future to Aston Villa, at least for another season, Benteke is now eager to have the fans once again chanting his name. He knows the only way to do that is by rippling the net and winning games.

‘Looking at him since he’s come back from his break and the games he’s played he’s been excellent. He’s not lost his goalscoring exploits. To me, Christian is just getting better. He’s grown in confidence a lot. He’s a top footballer.’ – Aston Villa manager Paul Lambert.

Arsenal will pose stiff competition, but will be forced to name a depleted starting XI with a number of first-team personnel currently sidelined with injury. With increased pressure mounting on manager Arsene Wenger’s shoulders, many feel Aston Villa have the best opportunity to spring a surprise.

Christian Benteke will most-likely be named up front for the Villans, and could well get on the score sheet against a injury-ravaged Arsenal defence.

Many of Arsenal’s supporters requested the purchase of the Aston Villa striker this summer, but no official approach was made. A touch of irony could ensue from today’s game, but the Red side of London certainly won’t be in a good humour should the 22-year old steal the show.

Football pundits and experts are split in betting on a winner for today’s game. Arsenal have all their pressure squarely on them which could be detrimental on their overall performance.