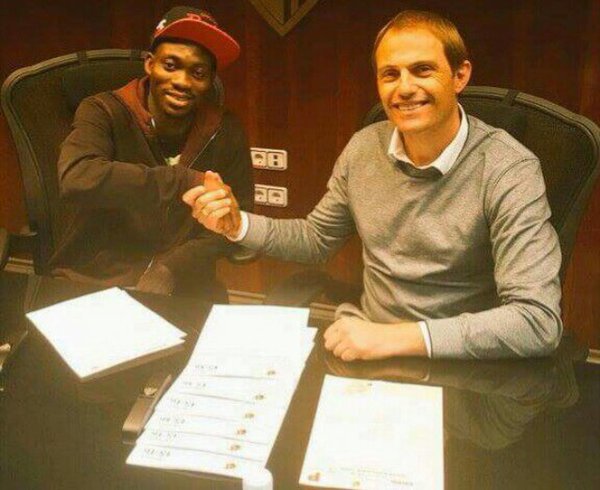 The 24-year-old has signed a deal with the La Liga club until the end of the season.

Atsu, who was heavily linked with a move to Levante, has confirmed the news on Twitter:

Today I signed on loan with Málaga CF until the end of the season. I can’t wait to play for the team #Godisthereason pic.twitter.com/u43IsgS5Rr

The Ghana winger joined Chelsea from Porto in 2013 but spent most of his Blues career out on loan.

He enjoyed a good season with Dutch club Vitesse two years ago, but couldn’t replicate the form in the Premier League.

He had an unproductive spell with Everton, while he was scarcely used by Eddie Howe at Bournemouth earlier this season.

He made only two appearances for the Cherries and Chelsea were forced to cancel his loan move due to the lack of playing time.

Atsu still remains a special talent but he needs regular games under his belt.

His future with Chelsea already looks questionable, but it could all change if he is able to make a strong impression in Spain during the second half of the season.

Atsu, who was named player of the Tournament at the 2015 Africa Cup of Nations, should grab this opportunity with both hands. He will have to show a huge improvement at Malaga to have any chance of playing in the Chelsea first team in the future.