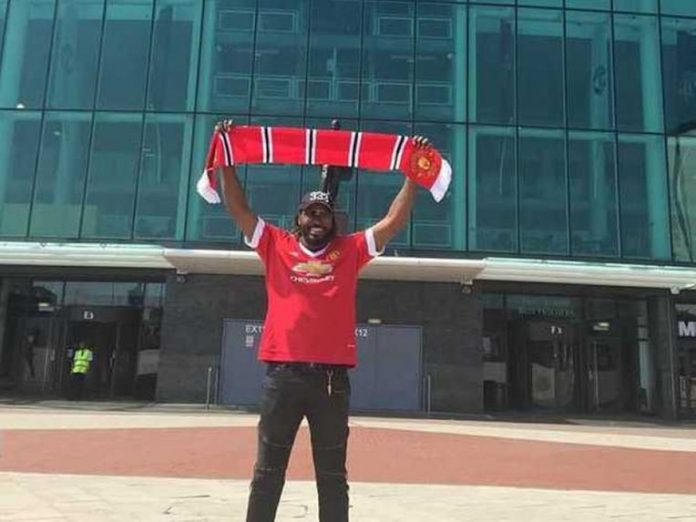 The enigmatic West Indian cricketer Chris Gayle has declared his intention to play for Manchester United.

That is after a stadium tour of Old Trafford where the star batsman declared his readiness to take up a slot in United’s squad under new manager Jose Mourinho.

On his Instagram account (@chrisgayle333), Gayle shared several photos from the visit, with one in particular grabbing the attention of all football fans.

“Meeting went well with the new manager…once I get my terms then I will sign with @manchesterunited,” he posted on Instagram, leaving fans wondering if there had been a secret meeting between the ‘Universe Boss’ and the ‘Special One’.

Gayle went on to display his football skills and displayed a Manchester United jersey which had Universe Boss entitled on the back with the number 333.

Gayle is currently plying his trade with Somerset in the Natwest Twenty20 blast, and follows in the footsteps of another high-profile Jamaican in Usian Bolt who have declared their interest in playing for Manchester United.

The reference to the Universe Boss came when West Indies Twenty20 skipper Darren Sammy had said that Gayle was unfairly treated.

Could Gayle be the brand-new centre-half United fans are crying out for? Explosive with the bat, imagine him at set-pieces…

Of course, if / when Zlatan finally arrives at Old Trafford, United will have the big ego they’ve been looking for since Ronaldo left for Real Madrid.