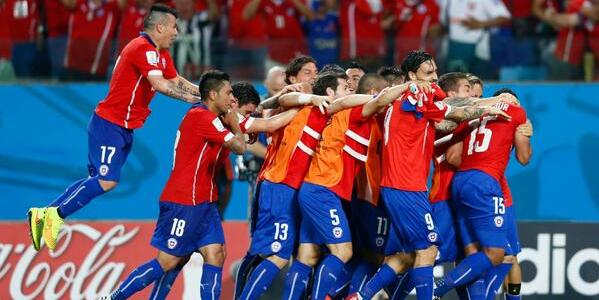 Jean Beausejour was the hero for Chile on Friday, with his injury time strike finally seeing off plucky Australia, who could easily have snatched a draw in an open contest in Cuiabá. 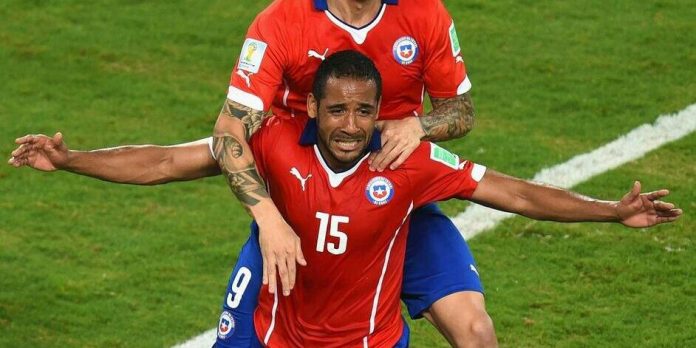 The Wigan midfielder fired in from range to give his side an unassailable 3-1 lead deep into injury time, with Australia desperately unlucky after showing real grit and determination in the face of almost certain defeat.

It was shaping up to be a rout for Jorge Sampaoli’s side, who tore at Australia in the opening quarter of an hour, knocking two past the helpless Mathew Ryan, with Barcelona winger Alexis Sanchez scoring the first in the twelfth minute, and setting up teammate Jorge Valdívia to smash home the second just two minutes later. 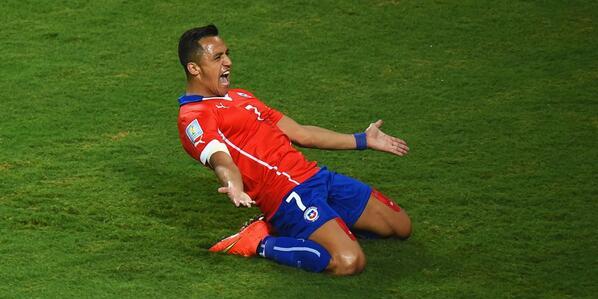 The Chileans made a name for themselves in qualifying, becoming true exponents of attacking football with their unorthadox setup, and ferocious intensity in the final third. All seemed to be going to plan until the old fox Tim Cahill popped up to head the Socceroos back into the game just after half an hour.

The 34-year-old former Everton man rose to meet Ivan Franjic’s delightful cross from the right, with his header finding the its way past the despairing Raul Bravo in the Chile goal. 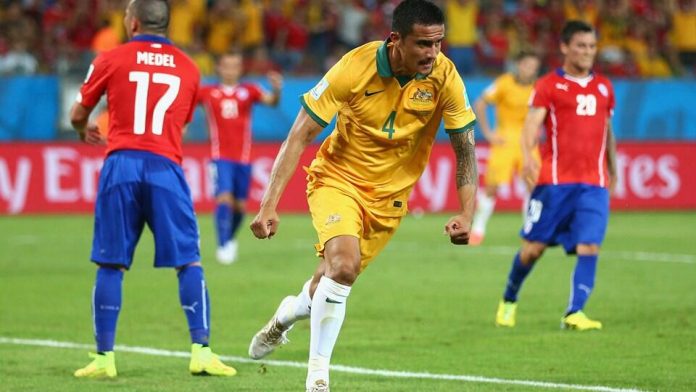 At 2-1, the game opened up, with Chile continuing to press for a third, and the Aussies breaking whenever possible. Mathew Leckie was a real menace for Ange Postecoglou’s side, with the 23-year-old exposing the Chilean defence on a number of occasions.

Arturo Vidal, Chile’s star man, was withdrawn after an hour, seemingly due to a flare up of an existing knee injury that had made him a doubt for the match. Chile were unable to really kill off their opponents, with Vidal’s discipline and class in the middle sorely missed in the final stages.

The South Americans were by no means toothless, with Alex Wilkinson having to clear off the line following a flowing move that ended with a dinked shot by Eduardo Vargas.

Cahill headed over in the latter stages, and while Australia were pushing for that one last chance in injury time, substitute Beausejour put paid to the resistance with a low shot after a scramble in the penalty area.