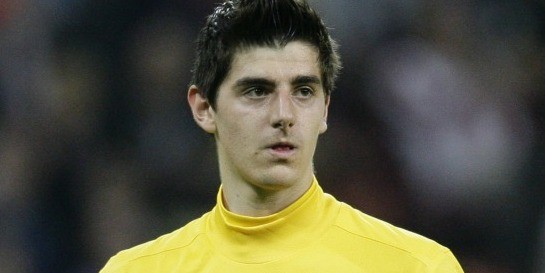 Spanish champions Barcelona have set their sights on Atletico Madrid’s on-loan goalkeeper from Chelsea, Thibaut Courtois and are looking to replace Victor Valdes with the young Belgian.

The 21-year-old joined Chelsea in 2011 from Genk but was immediately sent on loan to Atletico Madrid, where he has spent two successful seasons and is into his third consecutive season at the Spanish club.

Barcelona had previously targeted Liverpool goal keeper Pepe Reina, who has joined Napoli on a season long loan. With Reina’s future more or less over at Anfield, Barcelona have shifted their target elsewhere and are keen to find a long-term-replacement of Valdes, whose contract will expire at the end of this season.

According to Belgian newspaper Sportwereld, the Catalan giants are also targeting the highly rated Borussia Mönchengladbach goal keeper Marc-André ter Stegen along with the Belgian. Although, Courtois hasn’t played any game for Chelsea yet, but the Blues rate him highly and he is seen as the long term successor of club hero Petr Cech.

Here are other major stories of the day:

After 22 years as lead pundit for MOTD, Alan Hansen stepping down – The Telegraph

Madrid Derby will be played on 28th September – AS

What Arsenal fans can expect of Mesut Ozil – Bundesliga Fanatic

That is all we have for today. Leave your comments below…