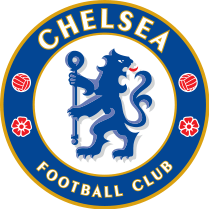 Chelsea resurgence under Roberto Di-Matteo has been truly impressive this season. However, he has inherited a squad whose quality and age has been questioned. Providing the Italian manager keeps the Chelsea job on a permanent basis, I’m sure he’ll make quite a few changes in summer to re-invent the team as ‘his’ side. As always the money is likely to be available from free-spending club owner Roman Abramovic.

Back in March rumours circulated that the Russian was keen to clear out some of Chelsea’s biggest names this summer and is determined to see through the ‘project’ started by Andre Villas-Boas to create what one source described as a “hungry new team.” I suspect this is less of an option now, considering how this current team’s season has changed dramatically. But no doubt Abramovich will still want to bring in some fresh, quality signings to enable a serious title challenge next season.

Chelsea have already begun their rebuilding process by signing 23-year-old Werder Bremen winger Marko Marin for £7million. Werder Bremen chairman Klaus Allofs confirmed Marin would be moving to Stamford Bridge next season on a five-year deal having passed a medical.

Marin is a left-sided player and likely to be a direct replacement for Salomon Kalou, who is out of contract in the summer and expected to leave, and Florent Malouda, who is out of favour.

The Midfielder was born in Bosnia-Herzegovina and moved to Germany when he was two years old. He has grown up in the German system and played 15 times for his country. He has endured a mixed season at Bremen, where he has scored just once in 22 appearances and has been played out of position in central midfield and been injured. Below are the players Chelsea have been linked with in the last few months:

(Note the lack of defensive players)

Chelsea have opened talks with Napoli striker Edison Cavani. The Uruguay international is also wanted by Liverpool, Manchester City and Real Madrid after helping himself to 26 goals this season. He would be an ideal replacement for the ageing Didier Drogba, having already proved himself  at the top level of European football. Polish striker Robert Lewandowski, 23, is being tracked by Arsenal, Manchester City and Chelsea. Lewandowski has scored 20 goals and helped Borussia Dortmund to retain their Bundesliga title

Chelsea are ready to make a £35m move for Real Madrid striker Gonzalo Higuain, 24. Real could be willing to do business because coach Jose Mourinho wants Manchester City striker Sergio Aguero or Eden Dzeko at the Bernabeu next season.The London side’s hopes of signing the Argentine striker look to have improved after the 24-year-old’s agent asked for discussions with his current club about his future. Teenage Sao Paulo star Lucas Moura has spoken to both Chelsea and Manchester United over a transfer in the off-season, according to the player’s agent. The 19-year-old midfielder has already picked up 11 caps for Brazil in his short professional career. However, Brazilian side Sao Paulo have set a £40m asking price for the player, who is also wanted by Real Madrid.

As well as Fellaini, Chelsea are planning a bid for Ross Barkley according to the Daily Star. The Blues are prepared to pay £10m for the 18-year-old, who they would loan straight back to Everton.

Chelsea have reopened talks with Porto over their long standing interest in forward Hulk. The Champions League finalists are closing in on a £35m deal for the 25-year-old, after the Porto striker’s agent admitted he is in talks with four Premier League clubs. Borussia Dortmund have given Manchester United and Chelsea target Shinji Kagawa, 23, until the end of the month to commit his future to the club. The Japan international midfielder is out of contract in the summer of 2013.

Chelsea and Barcelona could be set to lock horns again, this time over the signature of Benfica forward Nelson Oliveira, the 20-year-old Portugal international, according to Talk Sport. Chelsea will look to lure Newcastle United striker Demba Ba, 26, to Stamford Bridge this summer in an effort to give themselves more options up front.