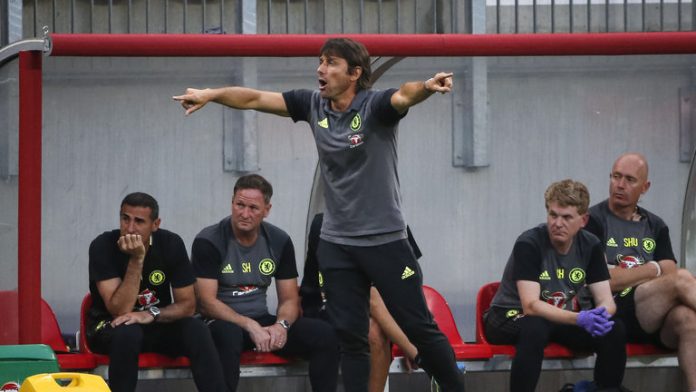 Chelsea recorded their first win under Antonio Conte with a comfortable 3-0 victory over Austrian side WAC RZ Pellets. This was, incidentally, their first pre-season win in two years, and Conte would have been pleased to see his side keep a clean sheet as well in the process. A goal from striker Bertrand Traore put the Blues in the lead going into the break before late strikes from two more youngsters, Ruben Loftus-Cheek and Nathaniel Chalobah sealed the deal.

This was Chelsea’s second game in pre-season, after losing their initial match against Rapid Vienna last Saturday. Most of the players looked rusty and tired in that one, and yesterday’s game was the first time we saw the Blues get into their stride. 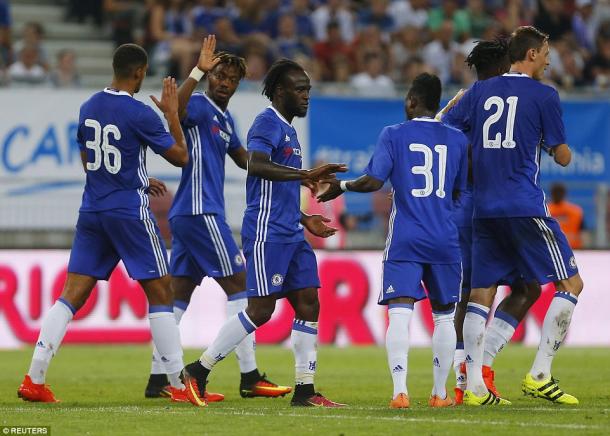 A glimpse into the future

Conte’s preference for playing two strikers has been well-documented in the past, and it looks like the Italian will stick to that system in the Premier League as well. He played a flexible 4-4-2 system, with Oscar and Nemanja Matic sitting deep in the centre of midfield. Willian and Victor Moses would start on the right and the left flanks respectively, and their pace would be vital to this victory.

In essence, Chelsea became a 4-2-4 while attacking, and returned to a 4-4-2 while the opposition had the ball.

Let’s take an example of their personnel and formations in the first half to analyse how they went about their gameplay. 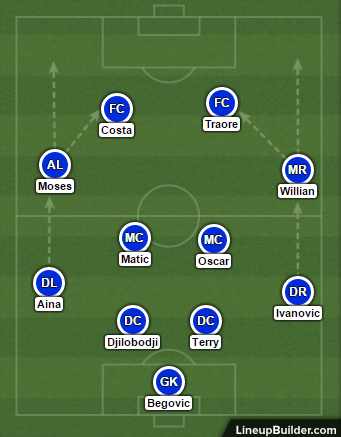 In possession, Chelsea tried to make the pitch as wide as possible and the wingers were key throughout the game. The RZ Pellets defenders found it impossible to cope with either Willian or Moses’ blistering pace. They went down the flank, cut inside, and always looked to set something up for the strikers ahead of them. In the end, that is where the opening goal came from, with Willian setting it up on a plate for Traore to tap-in from close-range.

With the two central midfielders sitting deep, another striking feature of Chelsea’s game was the long-balls played from the back, a feature of Juventus’ style of play under Conte. Costa and Traore kept the opposition centre-backs busy with their constant running off the ball, and this opened up the spaces at the back for Willian and Moses to run into. We also regularly saw Matic making up the extra man in the box for Chelsea with his runs from deep, something that we will see a lot off this season from whoever is chosen to play in that position. 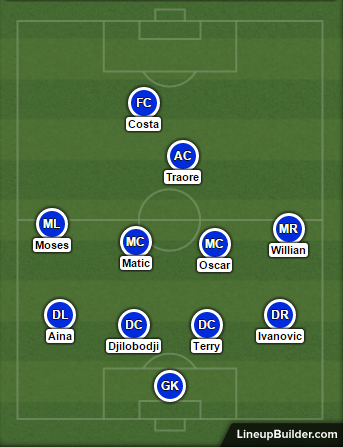 While defending, Chelsea reverted to a 4-4-2, or a 4-4-1-1 formation, making sure they got everyone man-for-man and also setting up to hit quickly on the break. A very obvious flaw in this formation is getting outnumbered in the middle of the pitch, with most teams opting to play with a 4-2-3-1 formation. Therefore, the central midfielders will have to be very disciplined and positionally accurate, while also covering a lot of ground.

Of course, Matic and Oscar are very unlikely to be the first choice for the Blues in those roles. They were both caught out of position a couple of times in the first half, meaning that the centre-backs had to push up and cover, leaving a gaping hole in behind them. It is hardly any wonder why Chelsea have splashed the cash on securing N’Golo Kante’s services. The Frenchman looks perfectly suited to that position, having played in a similar area and performed a similar role in Leicester City’s title-winning campaign last year. He covers the area of almost two men, and is sure to be one of Conte’s regulars in the side.

All in all, we can’t really jump to conclusions based on yesterday’s game, but it was interesting to see the style of play Conte adopted. In the second half, there were a total of 8 changes made, but the formation largely remained the same. Ruben Loftus-Cheek, who is traditionally a central midfielder, partnered debutant Michy Batshuayi up front.

In the end, it was a good run-out for some of the talented youngsters in the team, while more senior members like Moses, Matic and Djilobodji also got a chance to prove their worth to the new manager ahead of the season proper next month.

The Blues will now travel to the United States to continue their pre-season preparations. Their next game is on the 27th of July, against Liverpool.