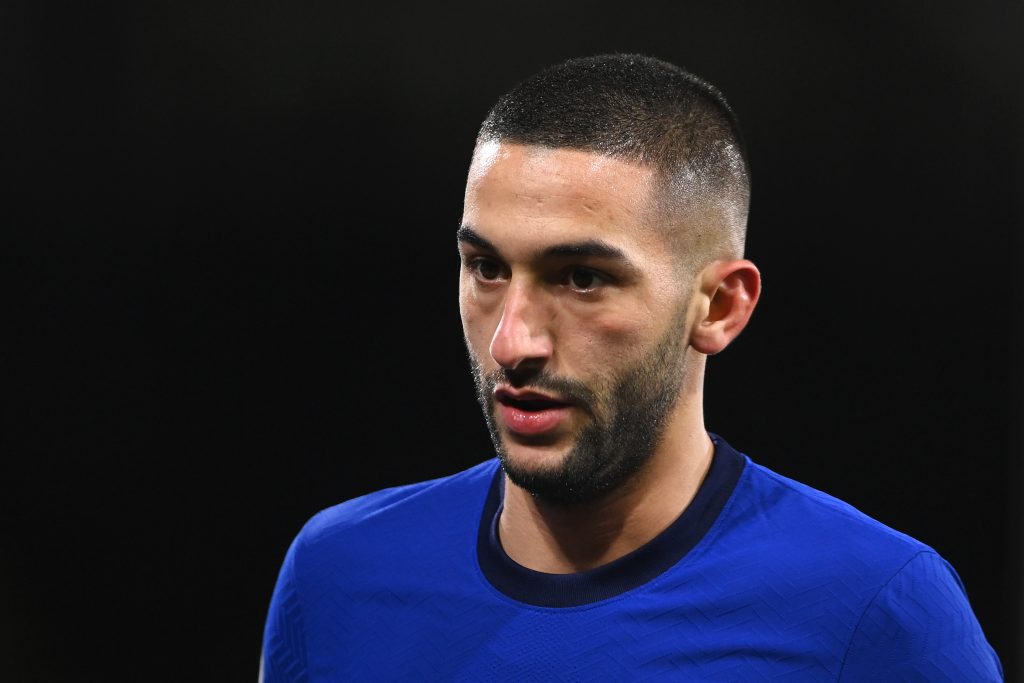 Chelsea forward Hakim Ziyech wants to discuss his future with the club this summer.

According to Corriere dello Sport, the 27-year-old is unhappy with his lack of game time and wants to move on at the end of the season.

Ziyech has made 19 appearances in all competitions for the Blues, scoring just twice since joining the club from Ajax.

AC Milan and Roma have previously linked with Ziyech and could be open to negotiating a loan move for the Moroccan.

Ziyech built up an impressive reputation during his time with Ajax, but he has failed to replicate that form in a Chelsea shirt.

After getting off to steady enough start with the Blues, the forward appears to have regressed dramatically over the past couple of months.

His cause wasn’t helped by Frank Lampard’s scattergun approach to management – a factor that impacted the form of numerous other Chelsea players.

Ziyech was fairly anonymous in Chelsea’s FA Cup tie at Barnsley on Thursday, although he wasn’t alone in failing to shine on a difficult surface.

Despite his struggles, it would be a surprise if Chelsea were willing to dispense with Ziyech’s services this summer.

Thomas Tuchel has already demonstrated that he possesses superior man-management skills to Lampard and he could be the man to help Ziyech rediscover his best form.