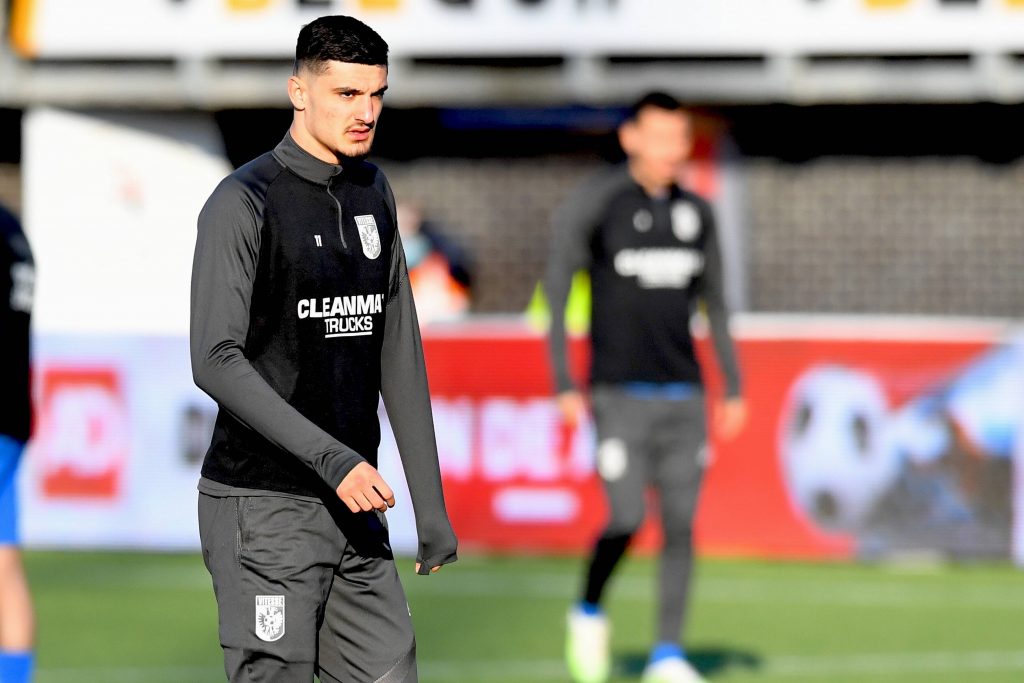 Chelsea are set to hand youngster Armando Broja a new contract, as reported by journalist Fabrizio Romano on Twitter.

Broja first joined Chelsea’s academy back in 2009, when he was just eight years old.

He earned his first professional contract in February 2020 and made his debut two weeks later, replacing Olivier Giroud in the 86th minute of the Blues’ 4-0 win over Everton.

The 19-year-old spent the entirety of last season out on loan at Vitesse. He emerged as a promising young talent, scoring 11 goals in 34 appearances in all competitions.

On top of this, he has earned six caps for the Albanian national team.

His contract is due to expire next summer, leaving him potentially available on the cheap.

As a result, the club are set to hand him a new deal which will run until 2026, reports Fabrizio Romano on Twitter.

Romano claims that Broja will be a part of Chelsea’s first-team squad for pre-season.

It is unclear whether he will get much of an opportunity in competitive matches next season or if he will go out on loan again.

The Londoners have been looking for a new striker this summer, given some of their struggles in front of goal last season.

Their top goalscorer for the 2020/21 league campaign was midfielder Jorginho, who netted seven – all coming from the penalty spot. For a side looking to mount a title charge, this isn’t enough.

Timo Werner was expected to be the man to fire them to the top, but he has not met these standards, often coming under fire for wasting chances.

He scored only six goals in the league last season and failed to bag any at Euro 2020.

Kai Havertz has filled in up front at times but is not a natural striker, while Tammy Abraham has been unable to convince Thomas Tuchel that he is the right man to lead the line.

Giroud is still at Stamford Bridge at the time of writing but is touted for a move away this summer.

The likes of Erling Braut Haaland, Harry Kane and Romelu Lukaku have all been linked with a transfer to Chelsea.

However, in the current financial climate, this may prove to be too expensive.