Chelsea left-back Baba Abdul Rahman has expressed his frustration at his inability to get into the starting line-up on a regular basis since signing from Augsburg in the summer.

The 21 year-old arrived from the Bundesliga for £14 million and was expected to put the pressure on the current full-backs – Branislav Ivanovic and Cesar Azpilicueta.

Instead, Chelsea have hardly many changes in these positions and Baba Rahman has made just 4 appearances in the Premier League. He also played 3 times in the Champions League group stages and twice in the Capital One Cup.

Now under new manager Guus Hiddink, the Ghanaian wants to play a more major role in the team. It was reported earlier this week that his agent has confirmed that he would not leave the club in January despite his limited appearances. This sentiment was echoed in Rahman’s words as well. 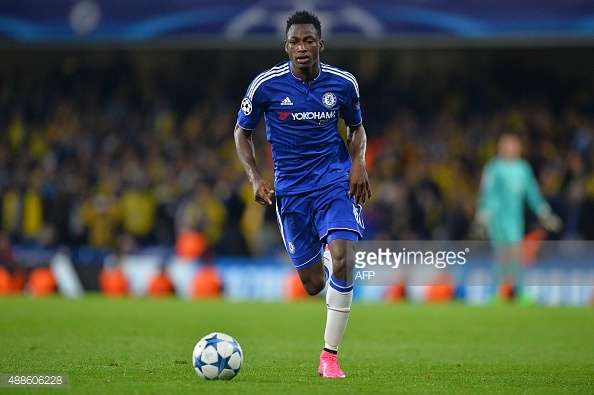 The player gave an interview to German magazine Bild and his words are translated here by the Guardian. “Of course it’s frustrating for any footballer to sit in the stands and I don’t want to experience that too much more,” he said.

“As a young player, of course, you have to get used to such a big club and a world-class league. For me the first half of the season was pretty OK but in the second half I really want to play more. Chelsea are one of the best clubs in the world.”

Chelsea’s turbulent season seems to have calmed down a little, after two consecutive wins in 2016. They now have two home games in 4 days to further consolidate their position, against West Bromwich Albion on Wednesday and against Everton on Saturday.