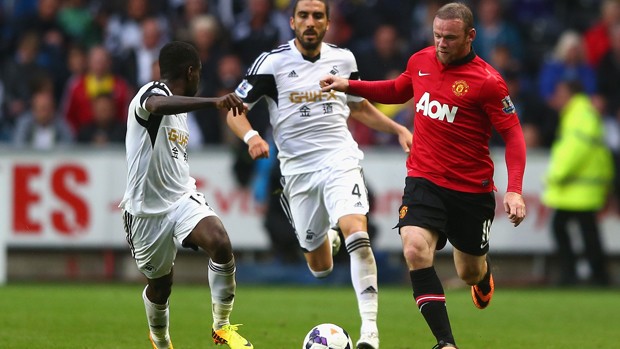 With Chelsea travelling to Old Trafford this weekend for their third Premier League game of the season against Manchester United, Chelsea manager Jose Mourinho has recently revealed in an interview that he is prepared to wait until after both sides have played each other – before Chelsea will make another bid for United forward Wayne Rooney right.

‘I don’t want Chelsea to do it before we go (to Old Trafford). Everybody in the club, in the board, they agree with me. They share that opinion. I think this period, by the ethical point of view, is a period where we’re going to be quiet.’

Mourinho previously admitted Wayne Rooney was the side’s number one transfer target this summer, but had failed in his bid to sign him. Manchester United manager David Moyes maintained his stance that the 27-year old was not for sale at any price – and certainly not to a fellow title rival.

Last season, the England international scored and assisted more than 10 goals in 27 Premier League games while playing his part in winning back the league title.

Chelsea failed with a £30M bid for Wayne Rooney, but look set to up their bid to around the £40M mark. There were rumours midfielder Juan Mata and defender David Luiz were potentially going to be used as a part-exchange in order to cover some of his asking price, but Mourinho refuted the claims.

Rooney’s continual silence would seem to confirm he does want to leave Manchester United this summer, but the decision lies with manager David Moyes – who has said he has no plans to sell him.

Chelsea have already said they won’t give up on the forward, but time is fast running out if they wish to procure his signature.