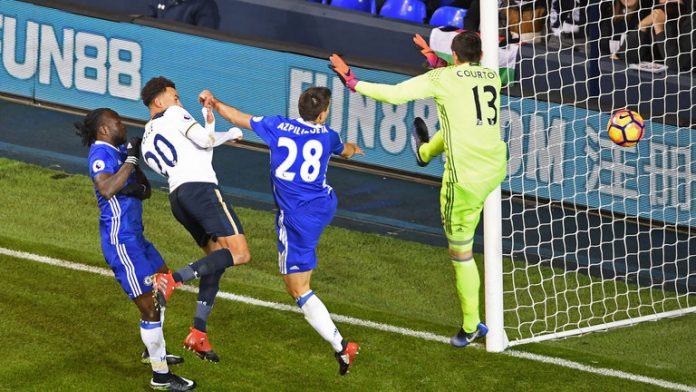 Chelsea know anything less than a victory over Tottenham Hotspur on Sunday will leave their hopes of qualifying for the Champions League hanging by a thread.

The Blues head into the game five points behind fourth-placed Spurs, but they have looked a shadow of the side that convincingly won last year’s Premier League title.

Spurs haven’t won at Stamford Bridge since 1990 and they were beaten by Chelsea in reverse fixture earlier in the season.

Chelsea bounced back from league defeats against the two Manchester clubs with a victory over Crystal Palace.

They followed up with a 2-1 extra-time success at Leicester City that took them through to the semi-finals of the FA Cup.

Spurs are unbeaten in their last 12 league games and they look a good bet to finish in the top four.

Your Chelsea team to play Spurs… ?

What are your thoughts? #CHETOT pic.twitter.com/XRYeV6ebYH