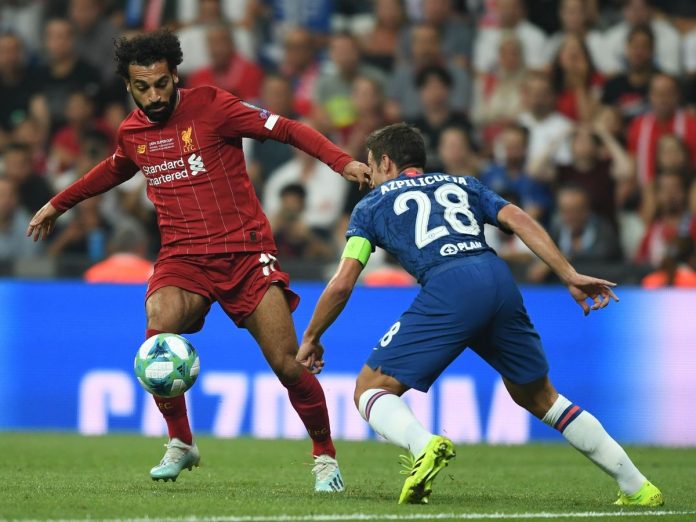 After moving five points clear at the top of the Premier League table, Liverpool now aim to hold onto that lead as they face their toughest challenge yet with a trip to Stamford Bridge against Frank Lampard’s Chelsea. The Blues had a difficult mid-week with a UEFA Champions League opener defeat and also lost Mason Mount to an injury, even though he should recover by the weekend.

However, after coming up big in the thrashing of Wolves last week, Lampard is itching to prove his managerial ability at Jurgen Klopp’s advantage. A win for Chelsea against the defending European champions will reshape their season, but Liverpool are eager to maintain a strong lead over Manchester City.

With both managers philosophy circling around fast-paced, attacking styles with high intensity, this could be a thrilling end-to-end contest to go right down to the wire. Chelsea’s defensive vulnerability could be their downfall against this ruthless Liverpool side, but Frank Lampard’s blooming young attack can pop up with their own surprises to end the Reds’ winning start.

Mohamed Salah played like a man possessed the last time he faced Chelsea last season. After being racially abused by a bunch of Chelsea supporters, he silenced them with a brilliant goal earlier this year. The Egyptian hasn’t lost any groove, having netted four goals already in five games. With his sizzling movement and intuitive nature to delve into goal-scoring positions, he’ll be craving tormenting Chelsea’s crumbly defence. But a proactive Fikayo Tomori aims to shut him up, with the 19-year-old winning over fans with his tenacity and positive approach. The teenager must be at his most vigilant to keep close to Salah, make strong challenges and not allow him space or risk another humiliation at home.

Tammy Abraham’s probably been the brightest aspect about Frank Lampard’s reign so far, with the Chelsea graduate finally achieving his prophecy in the Premier League. With seven goals already, including becoming the youngster Chelsea player to score a hattrick, the 21-year-old’s running riot with his clinical nature in goal. However, he faces his toughest task yet against the world’s best defender, Virgil Van Dijk. After disappointing at Napoli, Van Dijk will be intent on shutting shop at Stamford Bridge with another dominant performance. However, Abraham’s unpredictable movement and lethal finishing inside the box could cause a few problems if he’s not his ever-bearing vigilant self.