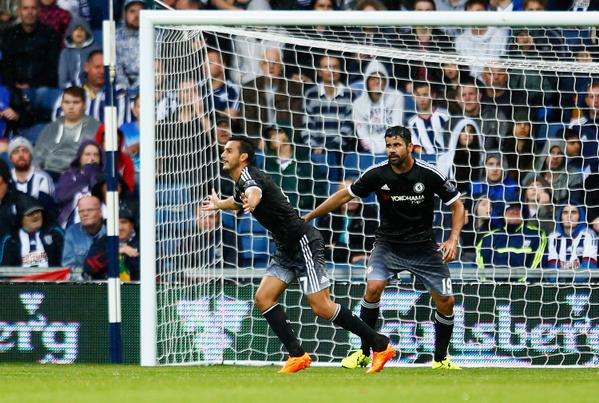 Chelsea recorded their first victory of the season last weekend and will be looking to build on that and overtake Crystal Palace with three more points this weekend.

José Mourinho’s side had looked very poor in the opening two league games and the FA Community Shield before that but the introduction of Pedro last weekend has seemingly changed that. The Spaniard scored and assisted a goal inside half hour in a man of the match performance on his Premier League debut.

Crystal Palace could be tricky opposition for the Blues – they have pace down both wings and have already scored six goals this season.

John Terry’s suspension following last weekend’s dismissal is the only absentee for Chelsea who continue to have this excellent fortune on the injury front that Mourinho has had ever since he returned from Real Madrid more than two years ago.

Julián Speroni won’t return until after the international break so Alex McCarthy continues in goal.

Mile Jedinak is out with a hamstring injury and a whole host of strikers are unavailable. Patrick Bamford is ineligible versus his parent club, whilst Fraizer Campbell and Marouane Chamakh are both injured and Connor Wickham is doubtful.

Gary Cahill returns to the starting lineup to partner Kurt Zouma in centre defence. This will be the first time these two have started a Premier League game together. They have ended the last two side-by-side. Branislav Ivanović looks set to continue at right-back despite three woeful performances – Mourinho has few other options. Cesc Fàbregas will probably start alongside Nemanja Matić – Crystal Palace’s threats will be more from out wide than through the middle, though Yohan Cabaye needs to be stopped. Eden Hazard and Pedro down the wings is a mouth-watering prospect for the second weekend in a row. Diego Costa versus Damien Delaney could be one to keep an eye on.

Scott Dann and Damien Delaney are the two centre-backs for the visitors. Yohan Cabaye and James McArthur will sit in front of them. The French midfielder will be looking to recreate Jonjo Shelvey’s performance versus Chelsea in their opening game with some superb through balls from deep. Yannick Boasie, Jason Puncheon and Wilfried Zaha could be the three attacking midfielders behind striker Glenn Murray. Whomever starts on the left should be looking to take the game to Ivanović.

Pedro vs Pape Souaré
Former Barcelona youngster Adama Traoré turned the Crystal Palace left-back inside-out last weekend forcing an own goal from Pape Souaré. Pedro’s runs at the defence, in behind the defence and his goalscoring and playmaking ability make him one of the best players in the world. Has the makings of a very difficult weekend for the Senegalese defender.

Diego Costa vs Damien Delaney
The Chelsea striker returned to his best last weekend; a nuisance against the West Brom defence and scoring a goal. The Spaniard didn’t have a single shot on target in his opening two matches but he should see some opportunities this weekend and probably get involved in a bit of argy-bargy off-the-ball too.

Yannick Bolasie vs Branislav Ivanović
Expect Crystal Palace’s attacking focus to come down the left wing. Assuming Yannick Bolasie starts that position he’s got the beating of Branislav Ivanović. The DR Congo winger loves to run at defenders and the Chelsea right-back has struggled to handle any of them in his first three matches, with most of the goals the Blues have conceded coming from mistakes by the Serbian. Bakary Sako did start on the left wing for Palace last weekend.

0 – Neither side have kept a clean sheet nor been shut out in their opening three games this season.

1 – Crystal Palace’s only win versus Chelsea in their last 12 Premier League meetings came courtesy of a John Terry own goal. Their winning goalscorer is suspended for this weekend’s match.

100 – This will be José Mourinho’s 100th Premier League game in charge of Chelsea at Stamford Bridge. He has won 76 of the previous 99, losing only once.