The two London giants face each other in the crunch Premier League tie this Saturday lunchtime on the back of contrasting results. Chelsea emerged out as the only Premier League team to have won their Champions League fixture in midweek; the Blues defeated Maccabi Tel-Aviv 4-0 at the Bridge on Wednesday.

Arsenal were left red-faced on their travel to Croatia, after the Gunners suffered a 2-1 defeat against Dinamo Zagreb in midweek.

After a stuttering start to the season (three defeats already in Five games), Chelsea hinted of regaining their old mojo back with a comfortable victory against Maccabi, and are looking to get their domestic campaign back on track.

“Saturday is a big match, it’s a great rival. This result can put us in a better situation. We had too many bad results. We couldn’t have this one on top of it”, said Mourinho ahead of the match. The message is pretty clear. The Premier League champions cannot afford to lose any more ground on Manchester City, and therefore Mourinho is targeting nothing but a victory.

There is another sub-text to this great London rivalry. Arsene Wenger has never tasted victory against a Jose Mourinho side, and he might not find a better time to break this hoodoo. The two managers, probably hold a mutual respect for each other deep inside, but the way they publicly make comments against each other, at times almost to the level of direct insult and humiliation, suggest otherwise. 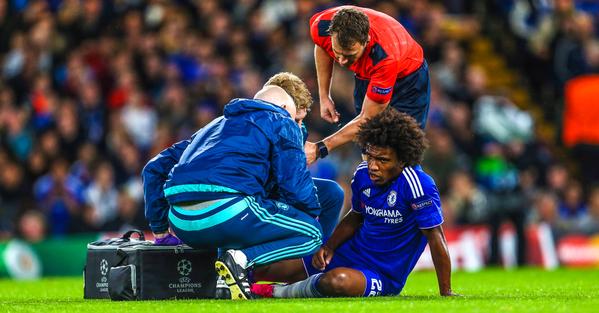 Jose Mourinho has already confirmed that Willian and Pedro will miss the derby after picking up injuries in midweek, which means Oscar and Ramires will return to the starting line up. Skipper John Terry and Nemanja Matic were rested on Wednesday, and both are expected to be recalled in the first team XI. Ivanovic is struggling badly with his form and he is likely to be dropped. Diego Costa scored against Maccabi after coming from the bench; the Spain international is likely to lead the line against Arsenal.

Aaron Ramsey and Hector Bellerin are expected to start, while Per Mertesacker could be available for selection. Petr Cech is all set for an emotional return to Stamford Bridge for the first time since he left the club in the summer.

In absence of Willian and Pedro, Jose Mourinho may start with Ramires in the defensive right wing role, a tactics which he often employed against big teams in the past.

Alternatively Chelsea can line up in 4-3-3 formation as well.

Wenger must use the pace of Walcott or Chamberlain from the flanks and target the inexperienced Rahman Baba or a struggling Ivanovic, if the Serbian plays at all. Therefore, Olivier Giroud could be dropped to the bench, allowing Walcott to lead the line.

7 – Arsenal have an impressive away record, winning seven of their last eight away games