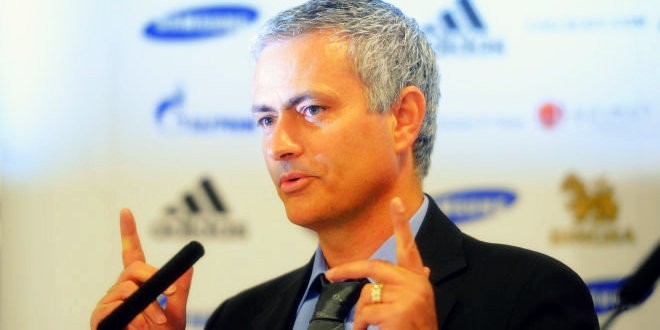 Jose Mourinho has had a lot to smile about recently. He has arrived back at his spiritual home of Chelsea, thereby escaping his poisonous regime at Real Madrid; graced himself with a new moniker in the public eye, that of revered confidente to Sir Alex Ferguson; and returned to a league where his two Mancunian rivals are both entering new and uncertain eras.

Now, with the release of next seasons fixtures in the Premier League, and the news of an opening day home fixture against newly promoted Hull City, the ‘Happy One’ could have hardly wished for a better hour and a half to settle himself back into the rigours of the English top flight.

The 50-year-old knows, however, not to take anything for granted. Mourinho told Chelsea’s official website:

“I am so happy to start at the Bridge, but at the same time Hull City is a team who were promoted from the Championship and they will have that spirit, even if now they are in the Premier League.

“So it is an emotional but a hard start.

“I wish every club well for the season and I especially hope we can all make it a great competition for Premier League fans all around the world.”

The omens are encouraging. The last time Hull visited Stamford Bridge in the league was on the opening day of the 2009/10 season, and not only did the match end with three points for the Blues, but it was the first victory in what was to be a record-breaking, Premiership winning season.

The match was the 15th to be played by the two sides at the Stamford Bridge, with Chelsea dropping points in just three of those games, and losing none.

But that last fixture proved to be much more than a ‘walk in the park’. Hull raced out of the blocks that day, standing up to their illustrious opponents, and taking the lead through Stephen Hunt’s 28th minute strike. It took club legend, Didier Drogba, to drag them out of the ditch with two goals to give his side a 2-1 win, with the winner arriving in quite fortuitous circumstances, deep into stoppage time.

The same spirit that saw them take the Blues right to the wire three years ago will be a real reference point for the new batch of Tigers’ players. Hull midfielder, David Meyler will be hoping to evoke the passion of that day, and go one better against Mourinho’s men,

He told the Irish Independent:

“I’m sure the manager will have us all fired up and ready to go for that opening game against Chelsea.

“Jose Mourinho will do the same with his players and they’ll be hoping to win the league. It will be tough, but maybe we can spoil his party.”

While Mourinho will be relishing his maiden Premier League tie, he will surely have one eye fixed on the next match; a huge encounter at Old Trafford against new Manchester United boss, David Moyes. The Portuguese famous mind-games have already sparked into life, with the revelation that he was one of a select number to know of Sir Alex Ferguson’s decision to retire, months before it was announced,

The Portuguese said at the weekend:

“I knew that Ferguson was retiring many months ago and I was so happy to have his trust. It was big news for the world.

“I can imagine that just a very close circle around him knew that and it was a big responsibility for me to know that.

“[But] for Chelsea, I would turn down every job in the world.”

Moyes himself faces a brutal baptism as United manager, facing Chelsea, Liverpool and Manchester City in his first five games.

But with just under two months to go until the kick-off of the new season, there is still plenty of prep time. Faces will come and go in the next few months, but the ‘re-signing’ of Mr. Mourinho will arguably do most to delight the Chelsea fans, and it wouldn’t take much to predict that his confident smile will continue to widen as the new Premier League season gathers pace.