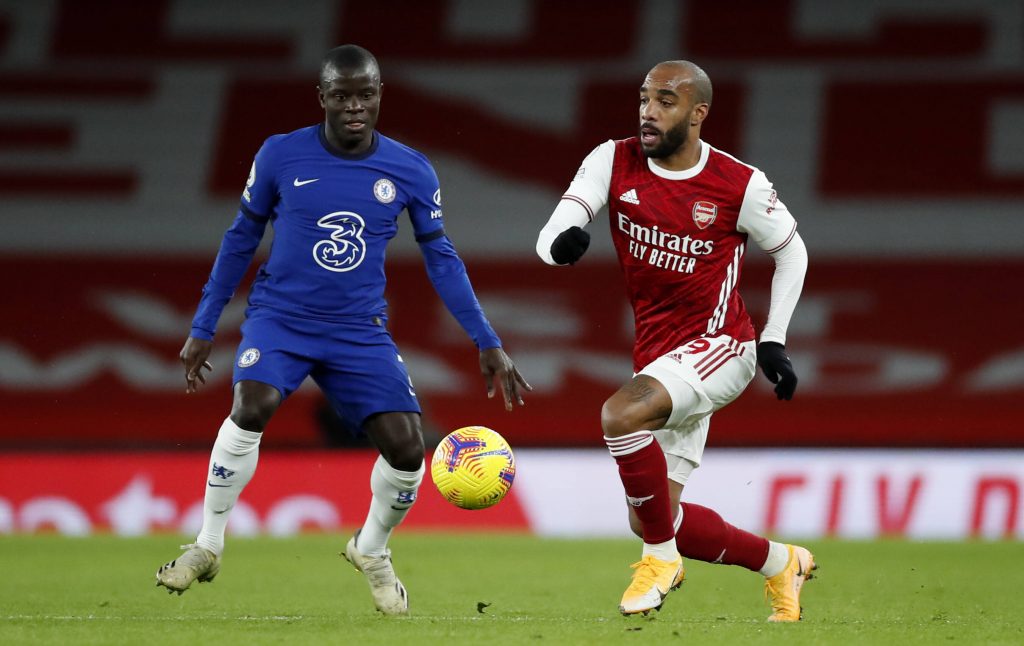 Chelsea face Arsenal in the Premier League at Stamford Bridge on Wednesday.

The Gunners prevailed with a 3-1 victory in the reverse fixture – Alexandre Lacazette, Granit Xhaka and Bukayo Saka got their goals.

The rivalry between the two London teams goes all the way back to 1907. Since then, there have been 202 matches with Chelsea winning 65, Arsenal winning 79 and 58 draws.

For Chelsea, this game has a lot at stake with securing a top-four finish being one of the main goals. As for Arsenal, their aim is to finish in the top half of the table.

Arsenal and Chelsea enter this fixture in good form with both teams winning their most recent fixture.

The Gunners had a commanding 3-1 victory over West Bromwich Albion, while the Blues completed a surprise comeback in a 2-1 win over Manchester City.

With Chelsea having the FA Cup Final against Leicester City on Saturday, expect some rotation in the squad.

There are only two notable absences for the Blues with Mateo Kovacic and Andreas Christensen still unavailable due to injury as confirmed by Thomas Tuchel in today’s pre-match press conference.

Jorginho, Ben Chilwell, Kurt Zouma, Kai Havertz and Callum Hudson-Odoi should all return to the starting line-up, with Christian Pulisic, Mason Mount and Thiago Silva getting some rest before the FA Cup final.

There should also be some squad rotation with Arsenal as a few of their players were dealing with injuries this past weekend.

The status of Granit Xhaka is still unknown. However, the likelihood of Xhaka returning to the starting line-up is fairly high. Arteta will confirm his status soon.

David Luiz is also expected to return to the squad but is not expected to be fit enough to start.

After what happened in the reverse fixture, many will expect this to be a fairly close match.

With a great London derby on our hands, what do you think the final scoreline will be?