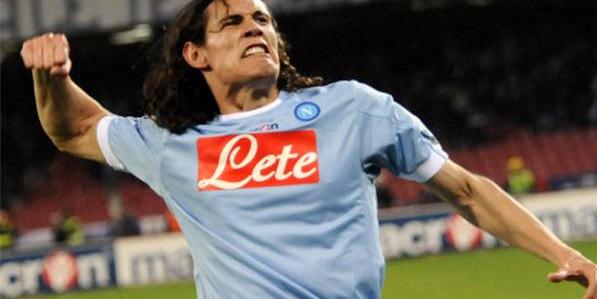 The transfer saga of Edinson Cavani has taken every possible twists and turns in the last few weeks and it seems like there are plenty of drama still left to unfold.

Cavani spoke about his future last night after Uruguay got eliminated at the hands of Brazil in the Confederations Cup where he gave strong hints of his desire to stay at the Naples club.

The 26-year-old, who was the top scorer in the Serie A last season, said that he wants a tete-a-tete with the club president, Aurelio De Laurentiis as soon as possible, to clarify the false rumours that have been spreading in the media.

The Uruguayan star said as quoted in GazzettadelloSport:

“I love Naples. It is my City and my heart lies there.

“I heard false rumours spreading about me while I was in Brazil and I want to talk with President De Laurentiis as soon as possible. We must clarify”

Well, there were indeed few false and wild rumours circulated about him but he did give some interviews where he hinted of his desire to move abroad.

He was heavily linked with a move to either Chelsea or Real Madrid in the summer. Napoli always maintained their stance that they don’t want to sell their player and any potential buyer will have to trigger his £54 million release clause to take him away.

Cavani claimed earlier this month that he would relish the opportunity to work under new Chelsea manager Jose Mourinho. He said as quoted in the Guardian:

English media reported, not once but twice, obviously they picked up the report from different sources, that Chelsea have agreed a deal for Cavani. Well, surely there was no truth in those reports as we can understand now. But one thing was certain that Chelsea were dead serious in landing him.

New manager Rafael Benitez has also spoken about the matter and wants the player to snub offers from other European clubs. While the Spaniard will be buoyed after hearing such comments, it will serve as a huge blow to the Chelsea boss, who made Cavani his prime target of the season.