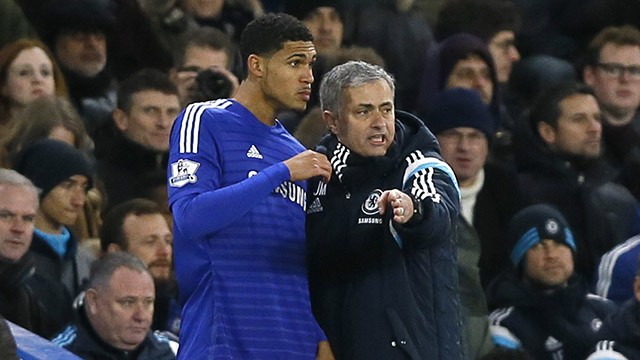 Chelsea midfielder Ruben Loftus-Cheek is ready to leave the club on loan in January in search of more first team action.

The England U21 international has been impressive in his displays for Chelsea this season and is keen to get more first team exposure.

Although Mourinho has promised to integrate him into the first team, Loftus-Cheek is unhappy with the number of games he has played and feels that he can play a lot more at a different club.

To be fair to Mourinho, the Portuguese manager has given Loftus-Cheek a few chances so far. Due to Chelsea’s abysmal start to the season it is not always possible for the manager to experiment with young players. And especially in a key area such as central midfield, it is hard to take a risk in the Premier League.

Loftus-Cheek is very highly rated at Chelsea and the explosive box to box midfielder did well in the league as well as the Champions League.

Clubs such as Fiorentina, Monaco, Vitesse are extremely interested in the highly rated English midfielder and are willing to take him on loan this January.

It is understandable that a player of his calibre wants more first team exposure. It will only aid his development if he can play at the top level regularly.

Furthermore, he has the talent to be the mainstay of Chelsea’s midfield in future. Therefore, it would only benefit Chelsea to send him out on loan and not hamper his outstanding development.