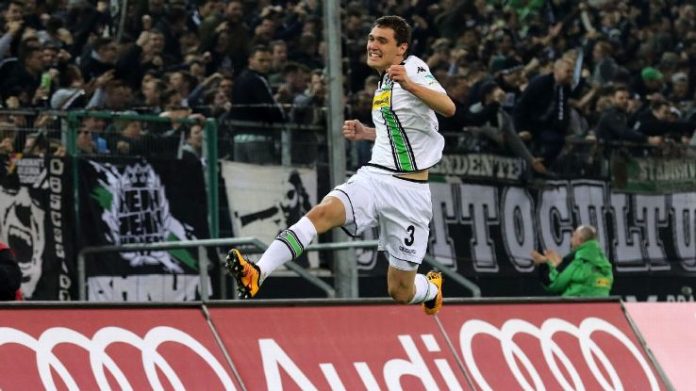 According to the Daily Mail, Premier League side Chelsea have rejected a £14.25m bid from Borussia Monchengladbach for Andreas Christensen, with the Danish international defender currently halfway through a two-year loan deal at the Bundesliga side.

Christensen, 20, was named the fans player of the year at Monchengladbach ahead of new £35m Arsenal signing Granit Xhaka last season, and remains highly rated at Stamford Bridge.

The defender has six caps for Denmark and has represented them from the age of 16. New Chelsea boss Antonio Conte is said to view Christensen as a future starter in West London, with Kurt Zouma and Gary Cahill currently in the frame to start the new season as the Italian manager’s first choice defensive pairing.

John Terry, who signed a new one-year deal this summer, remains in the frame but isn’t getting any younger as his glittering career draws to a close.

Despite having Christensen for another season, Monchengladbach are very keen to sign the defender on a permanent basis but have so far been thwarted in their attempts, if reports are to be believed.

Christensen was signed in 2012 on a free transfer from Brondby towards the end of the Andre Villas-Boas era at Stamford Bridge and has made two starts for the club, one in the League Cup and the other in the FA Cup. It is believed that at the end of his time in Germany, the centre-back will be almost ready for Premier League first team football.

The Blues, meanwhile, are reported to have seen a €75m offer for Real Madrid striker Alvaro Morata rejected by the La Liga side, with Antonio Conte continuing his attempts to reshape his Chelsea squad. The London side have already signed Leicester midfielder N’Golo Kante and Marseille hitman Michy Batshuayi but could well be still in the market for new blood.