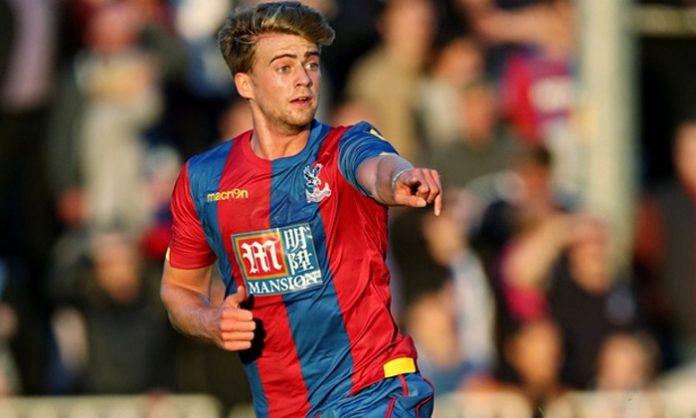 Much was expected of Patrick Bamford when he signed for Crystal Palace on a season-long loan from London rivals Chelsea. But, so far this season, the English striker has been on the fringes at Selhurst Park. With Bamford’s first team opportunities limited, would a recall make sense for Chelsea?

After Chelsea paid £1.5million for the striker in 2012, Bamford enjoyed numerous loan spells across many different Football League clubs. His first loan spell was at then-League 1 side MK Dons, where he made an instant impact. In the time he spent at Stadium:MK, Bamford scored 18 league goals in 37 games. His fine form led him to a move to Championship side Derby County, scoring 8 league goals in his short stint at the iPro Stadium.

His prowess in front of goal caught the attention of Middlesbrough FC, who signed him on loan for the 2014/15 season. At the Riverside Stadium, Bamford scored 17 league goals across the season and was named Championship Player of the Year, as well as Young Player of the Year.

As the striker had proven his worth in League 1 and the Championship, the next logical step was a loan into the Premier League. Chelsea loaned the striker to Crystal Palace, hoping he could recapture his form in a higher division. But, so far this season, Alan Pardew has rarely used the striker, leaving him on the bench or out of the matchday squad altogether.

With Crystal Palace flying high in the league and not lacking quality on the forward front, Bamford’s inclusion in the Palace frontline seems unlikely. And with Bamford’s first team chances at Chelsea even slimmer, would a recall make sense for both club and player? If Bamford was to be recalled, it is likely that he’d be shipped out on loan again.

If this situation were to arise, what clubs would be interested in signing Patrick Bamford? A loan back down to the Championship would not be ideal for the development of the player, but could help the striker gain valuable first team football. However, a loan to a lower Premier League team could be an option too, with many sides struggling for firepower.

Could a return to Middlesbrough be beneficial for both parties? With the side doing well in the Championship, a return to the Riverside could potentially fire them into the Premier League, as well as developing Patrick Bamford into a player that is ready for England’s highest tier.

What do you think? Should Chelsea recall Patrick Bamford in January? And if he did, would he be sent out on loan again and if so, what club? Comment below!