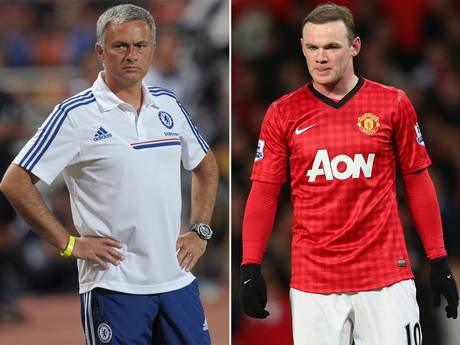 Manager Jose Mourinho has made no secret of his desire to bring the England international to Stamford Bridge, and could offer £30M to make it happen.

Manchester United rejected the Europa League winner’s initial bid, said to be £23M – citing how the 27-year old wasn’t for sale. But the Blues are expected to test United’s resolve with an improved offer, which could see United manager David Moyes sorely tempted to consider.

‘Should (Rooney) sign, it could be a good partnership, but it is the manager’s choice. I like competition and have done from the first time I came here. You have to accept that. If (Rooney) is part of our team, I will welcome him with open arms.’ – Chelsea striker Romelu Lukaku.

Only days ago Jose Mourinho admitted the capture of Wayne Rooney was the side’s only summer target – and was quoted as saying ‘it’s Rooney or bust’. However, no word has come from the Manchester camp that the England international is considering a move to their title rivals.

After Moyes revealed the forward would only be utilised if first-choice striker Robin Van Persie was sidelined with injury, Rooney spoke to the manager directly to confirm what he had said.

Reports later emerged of the player being ‘hurt and confused’ by Moyes’ comments, and that he was seeking talks about his future with the side. After what he would regard as a successful nine years at the club, he feels he has nothing left to prove, and if he continues to be unappreciated will seek out a move.

Last season, Wayne Rooney made 27 Premier League appearances, scoring 12 goals and making 10 assists. He will be wary with next season being World Cup year, and putting himself in contention is his main priority – meaning regular first-team football and good form is paramount to his chances of making the squad.