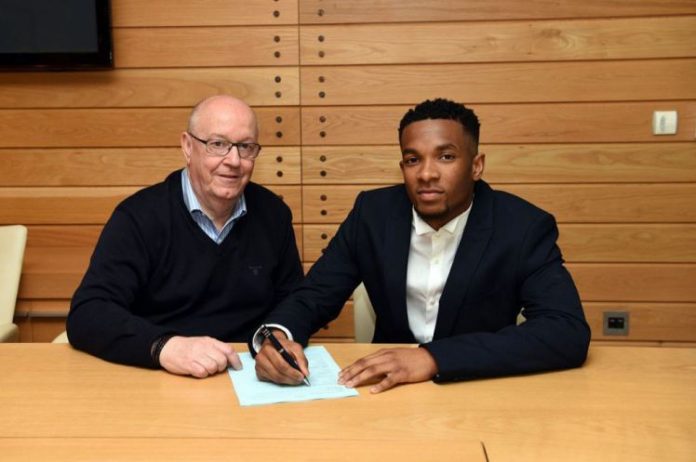 Chelsea midfielder Kasey Palmer has signed a new deal at the club.

The highly talented young player confirmed the deal on social media and expressed his delight after agreeing on an extension.

Happy to have signed a new contract with @chelseafc It’s just the beginning of a long journey⚽️ hard work dont stop! pic.twitter.com/sMZqrDSVDD

Palmer joined the Chelsea academy at the age of 15, during the 2012/13 season, from Charlton Athletic and is highly rated by the academy staff at Stamford Bridge. Along with Loftus-Cheek, Palmer is considered as one of the club’s brightest midfield prospects.

The midfielder is a key member of Chelsea’s Under-21 squad and is yet to make his senior debut with the Blues. The England Under-18 player could get his chance in the coming weeks after manager Guus Hiddink confirmed that he is looking to give the youngsters a chance in the second half of the season.

The Dutchman revealed that there will be opportunities for the club’s youngsters following the sale of Brazilian midfielder Ramires.

“We can [now] give the youngsters a chance as well to show themselves,” Hiddink said.

“[Loftus-Cheek] did very well in training the other day and the youngsters will have opportunities. That made it easier towards the future to let Ramires go.”

It will be interesting to see if Palmer can now break into the Chelsea first team. If not, the England midfielder will probably be loaned out like several other youngsters owned by the Premier League champions.