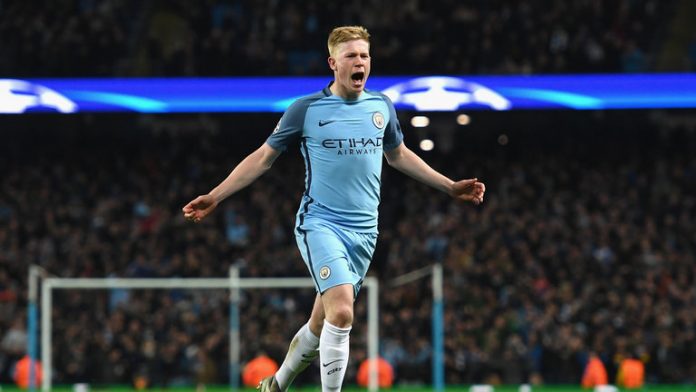 De Bruyne was sold to Wolfsburg in 2014 and his performances there helped him secure a big-money move back to the Premier League with Manchester City.

Lampard says De Bruyne faced a tough battle to break into Chelsea’s first-team under Mourinho and believes a move away from the club was in the best interests of both parties.

“It was a difficult time for the club, you had (Eden) Hazard, Oscar, and Willian had just signed,” Lampard told BT Sport. “He wasn’t as good as he is now.

“Of course, it’s easy to look and say ‘why did you let him go?’, but he’s gone away and made himself a world-class player.

“You always wonder about development. He had good pace, good passing, good dribbling, but at that point he couldn’t get into our team.

“One thing he had was ambition – he wanted to go away and prove he was a player.”

De Bruyne has been in superb form for City this season, with Saturday’s stunning winning goal at Chelsea further proof of his quality.

That comparison remains premature given Beckham’s achievements during his career, but De Bruyne is certainly on an upward curve right now.

Helping City win the Premier League title this term would further help his reputation, but success at Champions League level would cement his status as a modern-day great.