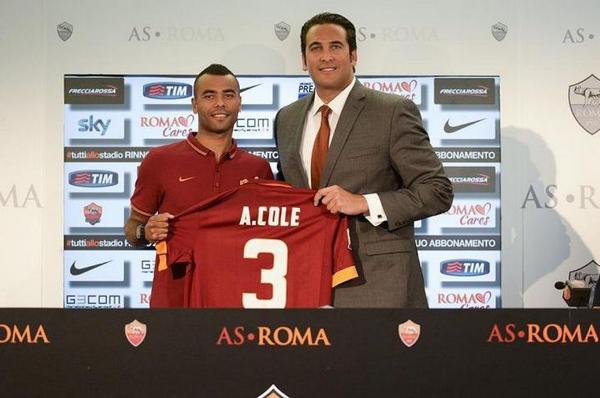 According to reports in Italian website TMW, Roma’s new signing Ashley Cole has reportedly talked about the possibility of Samuel Eto’o joining him in the Italian capital.

Eto’o has been out of contract after Chelsea released him in the summer and there were reports in May that the Giallorossi were interested in the former Barcelona striker. The 33 year old had earlier branded Chelsea manager Jose Mourinho a puppet for doubting his age and the player believes that he can play in the top level for the coming two seasons.

Turkish side Galatasaray were reportedly close to snap up the Cameroonian but reports have died down over the past month.

Cole however believes that Roma will get good value if they acquire the services of the former Inter Milan star. The left back claimed, “I’ve heard these rumors and the only thing I can say that we are talking about a great player and a great striker. With him the team could improve, but certain decisions are not up to me, but to the person who sits next to me, Italo Zanzi (CEO of AS Roma).