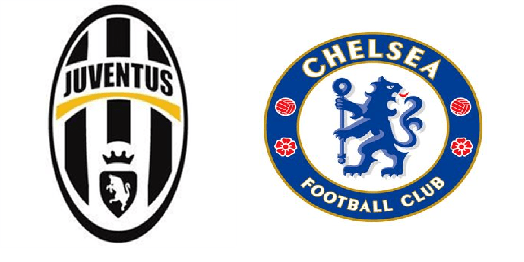 Chelsea and Juventus will battle it out for second place in Group E of the Champions League. Juventus came from two goals down to draw the first match between these sides which took place at Stamford Bridge. A win for either side may even put them top of the group.

Juventus go into this game after a disappointing 0-0 draw at home against Lazio over the weekend. They are the only side in the group yet to lose a Champions League game but they have been plagued by draws that have seen the side pegged back to third place.

Juve have been most efficient in defence with only four goals scored which is one of the best records for any side in the Champions League. Their league form has been very good as they are currently top of the league by four points. Domestically they have a very good record at home so far this season with five wins, one draw and one defeat.

Juventus have been blessed on the injury front in recent times with only Mirko Vucinic currently out of the side. The striker has been suffering with a fever and should be back in action by the end of this week. Juventus do not have any Champions League suspensions to worry about.

Chelsea go into this game following a 2-1 defeat away at West Bromwich Albion in the Premier League. They have been inconsistent in the Champions League with two wins, one draw and one defeat. They have scored a total of ten goals which is more than any other side in the group and they are well placed in the Premier League inside the top four.

They lost their last away Champions League match 2-1 at Shakhtar Donetsk. Chelsea’s domestic form in the Premier League has seen them slide down from league leaders to their current position; three wins, two draws and a defeat.

Chelsea have been plagued by injuries to important experienced players ahead of this match. Ashley Cole may feature after he was named as an unused substitute over the weekend following a hamstring problem.

Frank Lampard and John Terry are both unlikely to play, Lampard is carrying a calf problem and Terry is still out with a knee problem he suffered against Liverpool. Chelsea also don’t have any Champions League suspensions to worry about ahead of the match.

Juventus have been very difficult to beat at home in the Champions League. They smashed FC Nordsjaelland 4-0 in their first home match before securing a valuable point against Shakhtar Donetsk in their second group game. Inter Milan are the only side to have won at Juventus this season.

Chelsea have struggled away from home in Europe with their only win coming at FC Nordsjaelland. However, they will take heart from the fact they have scored more goals than anyone else in their group and they are also one of the highest scorers away from home in the Premier League.

Head 2 Head: Juventus and Chelsea have met three times in total with all of the matches falling under the Champions League. Chelsea have won victory from these games with the other two fixtures both ending in draws. The last time the two sides met was earlier in the group stage at Stamford Bridge which finished 2-2.

Recent Form: Juventus have lost only one match so far in November which was the defeat at home to Inter Milan. They have played one group game in the Champions League which was the win over FC Nordsjaelland and they scored six goals away from home in the Serie A match against Pescara.

Chelsea have not had a great November so far winning just one match, drawing two and losing their other one. Chelsea have conceded 18 goals in all competitions since the start of October which is a remarkable contrast to September where the club only conceded three times.

Considering the recent home form of Juventus and the inconsistency Chelsea have shown in recent weeks a 2-1 home win for the Italian side seems likely. Add to the mix the fact that Chelsea could be missing three of their most experienced players.