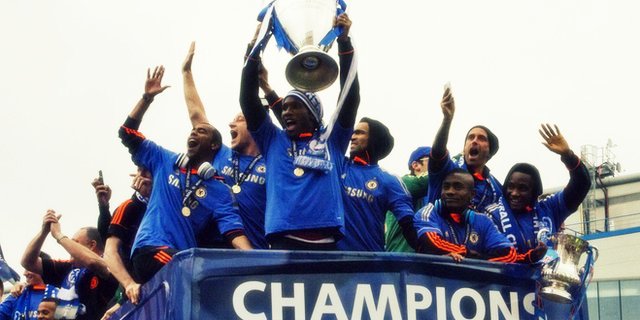 Financial restrictions – it’s the one thing that no Russian oligarch or Middle Eastern royal wants. The likes of Roman Abramovich are having to tighten their own purse strings as UEFA’s Financial Fair Play and the Premier League’s financial restrictions make themselves known in the football world.

In the most simple form, both sets of regulations get clubs to spend within their own means. No more small clubs like Portsmouth paying big transfer fees and ludicrous wages, not thinking about the future. No more news stories about clubs running into copious amounts of debt and running themselves into football oblivion. 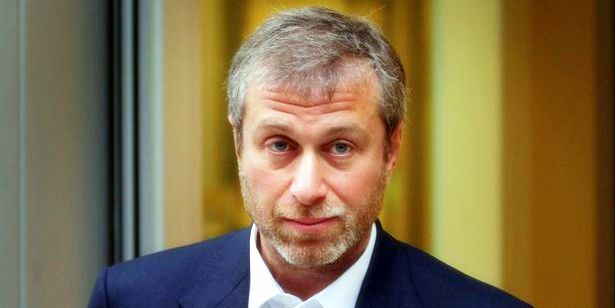 So how does this affect some of the biggest spenders? How do Chelsea continue to challenge on the domestic and European stage?

There’s a first for everything

In November, Chelsea fans were sent into a state of shock. No, not because Champions League winning club legend, Robbie Di Matteo was replaced by Benitez. But because the club announced it had made a profit of £1.4 million. Doesn’t sound much? You’re right.

In the vast financial world of football, £1.4 million sounds like small change. But the context of that announcement made it a crucial day for the future of Chelsea Football Club. With UEFA’s FFP rules looming, the announcement couldn’t have come at a better time.

This was the first time Chelsea had made a profit in the Abramovich-era. They also announced a record turnover of £255.7 million, making them the fifth largest club in the world in terms of turnover (behind Barcelona, Real Madrid, Manchester United and Bayern Munich). And lastly, the £166.6 million debt was turned into equity leaving Chelsea FC PLC debt-free.

But how do a club like Chelsea, a team with high expectations and a wage bill to match, go about continuing their challenge for success with these new restrictions?

Of course, we all know about some of the main cost cutting objectives; bigger stadium, lower wages, younger players. But when the owner’s pockets are taken out of the equation how do you fund a team for success? The answer. Sponsorship.

Yes, the club enjoyed a reported £47 million in winnings for the memorable Champions League success and more for merchandise sales. But at a time when the football was exciting (with a Champions League and FA Cup final on the horizon), behind the scenes the club were working tirelessly to generate deals to boost their revenue.

Seven sponsorship deals were struck during 2012 – all with a view to improving the club’s books and maintaining a sustainable future under the FFP rules.

The club have sought to make money out of areas that won’t alienate the fans. So you won’t see Stamford Bridge become the ‘Random Russian Oil Company Stadium’. Instead, they’ve made money (and are trying to continue doing so) out of things that don’t really matter to the fans.

Some of these came in the form of re-signing existing deals. The club extended its deal with one of the club’s premium sponsors and kit sponsor, Samsung. That deal is believed to be worth £18 million per year until the end of the 2014/15 season. The deal with exclusive beer provider, Singha, was also re-signed in October.

In with the new

There were also some completely new deals that highlighted Chelsea’s desire to maximise their income from sponsorship deals. The club delved into the car industry in the early months of 2012. A three-year deal was signed with German car manufacturers, Audi.

And if a deal with a car company that recorded a €5.3 billion profit in the previous year wasn’t enough, the club set about moving into the rich world of Formula One. The club agreed a partnership with Sauber F1, the first deal of its kind, which brought about sponsorship revenue and merchandising opportunities.

Later on in the year, deals were signed with a Burmese whiskey company that would see Chelsea players used on the branding of bottles. A two-year deal was struck with American airline company, Delta Airlines. And let’s not forget Gazprom, who also became the sponsor of UEFA Champions League and Europa League, are now Chelsea’s “Global Energy Partner”.

Have you noticed anything about these deals? The common theme running through all of them is exactly what the club have recognised they must do if they are to maintain their challenge for success – make Chelsea a global brand.

To an extent, they have been doing that for a number of years. The deal with Fly Emirates and Samsung, the pre-season trips to the USA and so on. In extending their deal with Samsung, they are continuing their affiliation with one of the world’s technology superpowers – based in Korea. That deal continues to promote Chelsea in far East Asia. 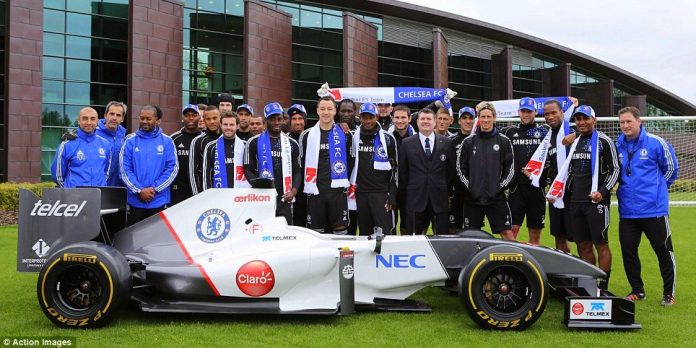 The whiskey deal and re-signing with Singha means continued coverage in the South of Asia. Gazprom means Chelsea’s promotion in Russia will increase, covering the majority of Asia and Eastern Europe. Delta Airlines means improvements in North America. Of course the pre-season tours have done a lot for the club in the USA, but new sponsorships in that area will improve revenue further.

Audi means that closer to home in Western Europe is included, while the deal with Sauber F1 taps into a similarly worldwide sport. Formula One reaches to places that Chelsea haven’t in this set of deals – Brazil, Australia, the Middle East and other European hotspots.

Although direct finance from these deals is the main purpose, they are crucial to adding to Chelsea’s support. With the capacity of Stamford Bridge limiting the match day revenue (around £2.5 million, roughly £1 million less than Manchester United) the club is using these deals in maximise their support around the world to increase revenue.

Things like shirt sales, membership sales and Chelsea TV subscriptions will have to come from these deals.

With FFP and Premier League restrictions coming into force, Chelsea can’t rely on the deep pockets of Abramovich anymore. They have to finance themselves if they want to carry on challenging for titles. If they are to do that, they need to follow the example of Manchester United by making the club a truly global football brand.