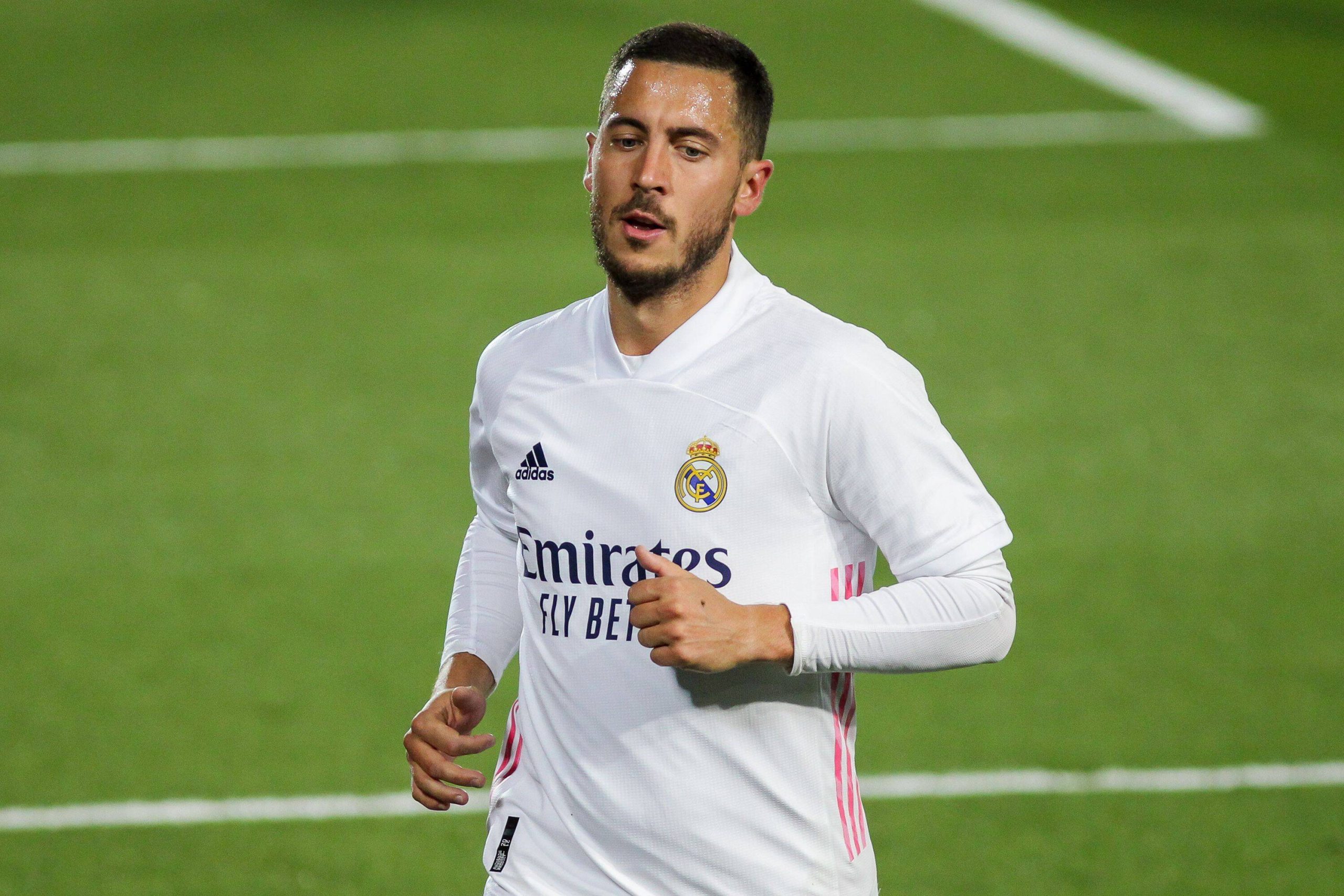 A selection of Chelsea fans on Twitter have welcomed the possibility of the club re-signing Eden Hazard from Real Madrid this summer.

The Belgium international spent seven seasons with the Blues between 2012 and 2019, registering 110 goals and 92 assists from 353 appearances.

Since his move to Los Blancos for an initial £88.5 million, he has struggled with multiple injuries and has turned out just 43 times in all competitions.

El Chiringuito’s Edu Aguirre recently claimed that Hazard wants to return to Stamford Bridge amid the uncertainty regarding his future in Madrid.

Los Blancos are weighing up a summer deal for Paris Saint-Germain’s Kylian Mbappe, and Hazard believes this could lead to his departure.

A number of the Blues’ faithful have reacted positively to the news and feel the club should take up the chance to re-sign the 30-year-old.

I'm surprised that Chelsea fans are even arguing about this. If Eden Hazard wants to come back then we should buy him. It's as simple as that. He's way better than all the players in our team ATM. He's shown flashes of his brilliance every time he came back from injury.

Hazard can only rediscover his form if he returns to Chelsea. I want him back.

I'll say this again no offence i love pulisic tho, but a half fit hazard is 10x better than a full fit Pulisic.. If Hazard wants to leave Madrid CHELSEA get him tf back!!!

Even if hazard is 20% of what he was at Chelsea, I’d still play him ahead of Pulisic and Ziyech

bring him back man, i would take him over any of our current attackers. No one even knows how to score in our team now😭

Hazard has been hampered by multiple injuries during his time in Madrid, which is quite surprising, considering he was rarely on the sidelines at Chelsea.

The training methods could be a reason behind the regular setbacks. Hazard has barely managed to find his feet in La Liga with the limited game time.

Earlier this month, it was claimed by ABC that Hazard could be sold for a cut-price deal of around £43m due to his lack of impact over the past two years.

The Blues have misfired in front of goal this term, but it remains to be seen whether they are interested in re-signing the attacker this summer.

Hazard appears past his prime amid his regular injuries, but his excellent track record with the club could entice them to pursue his signature.