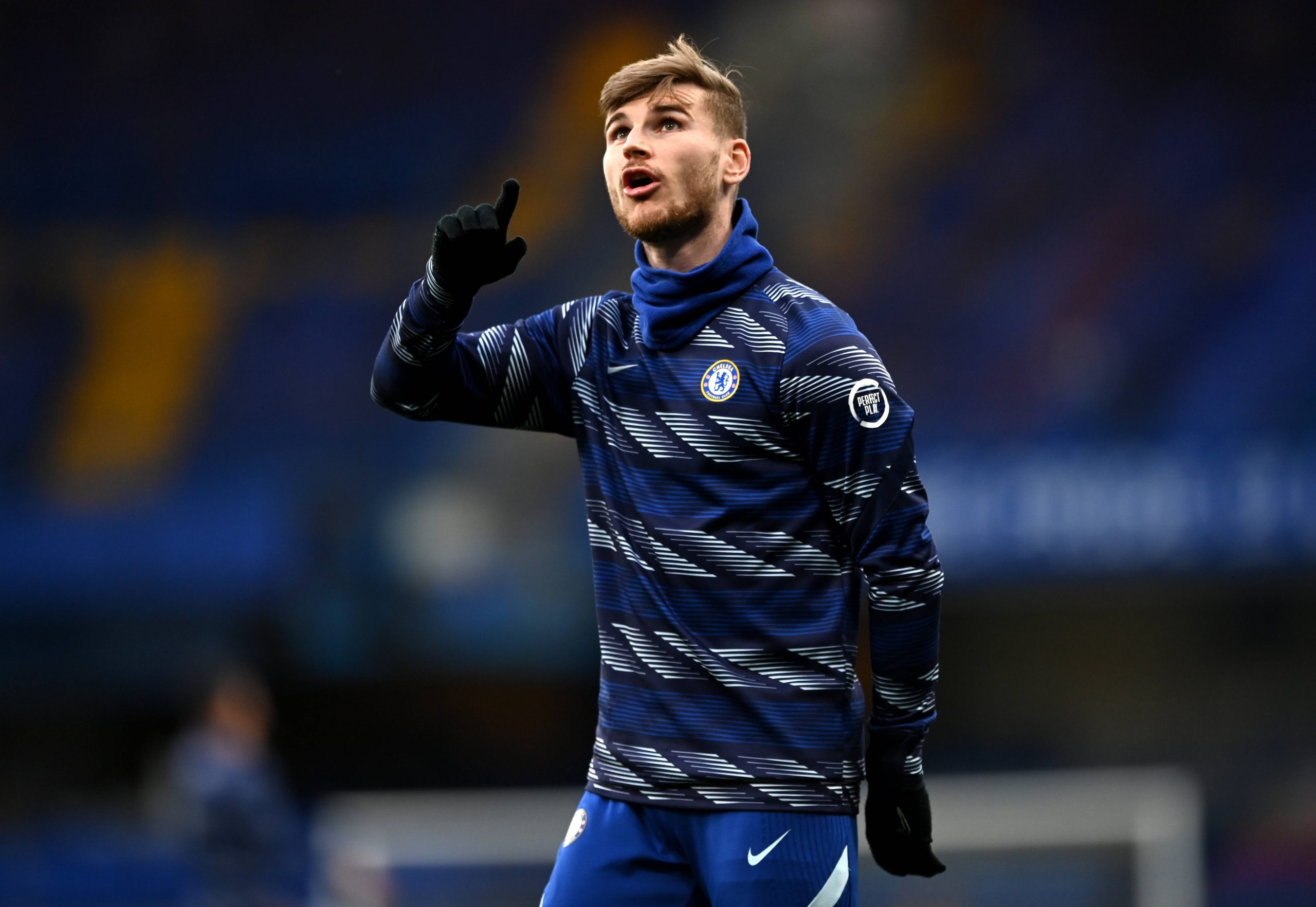 A selection of Chelsea fans were impressed with Timo Werner’s performance during the 2-1 Premier League win over Leicester City on Tuesday.

The Blues needed to win to keep their top-four prospects in their own hands and managed to do so with good control for most of the game.

Antonio Rudiger and Jorginho scored in the second half. Kelechi Iheanacho reduced the deficit for the Foxes, but the Blues hung on for the win.

Werner had another mixed performance for the west London club as he was denied two goals because of a handball and an offside.

However, he made the difference on the night by winning the penalty scored by Jorginho in the 66th minute of the contest.

Referee Mike Dean initially awarded a free-kick, but VAR showed that Fofana made slight contact with Werner inside the penalty area.

Werner should have had another penalty in the first half, where Youri Tielemans appeared to kick the back of his foot while attempting a clearance.

Following the game, a section of the club’s supporters were impressed with the 25-year-old even though he failed to find the back of the net.

The way Werner keeps pushing for a better performance despite series of bad games is beyond me. Not all players have that kinda mentality.

Really big fan of Werner as a worker/interviewee. Comes across so well & fans will take to him more & more seeing his work rate & desire live. But my worry is the finishing & messing up chances. The Torres-ness is probably overplayed but let’s be honest, we all feel it a bit #cfc

Werner’s work rate and willingness to keep going was incredible. He’s been very unfortunate at times this season. He was outstanding tonight. #CFC

Werner will be very good next year…. he was phenomenal tonight. He was buzzing with the fans in the stadium….

Werner, who is currently on £170,000-a-week, has experienced a tough debut season with the Blues but has still registered 12 goals and 14 assists from 50 appearances.

The club have two more games left in the campaign, and both are crucial. They may need to beat Aston Villa in the final league game to secure a place in the top four.

The Blues have another route to qualifying for the Champions League by winning the competition itself. They face Manchester City in the final on May 29.

Werner has struggled to find his scoring boots, but he has still been making key scoring contributions. He is likely to start both of those matches.