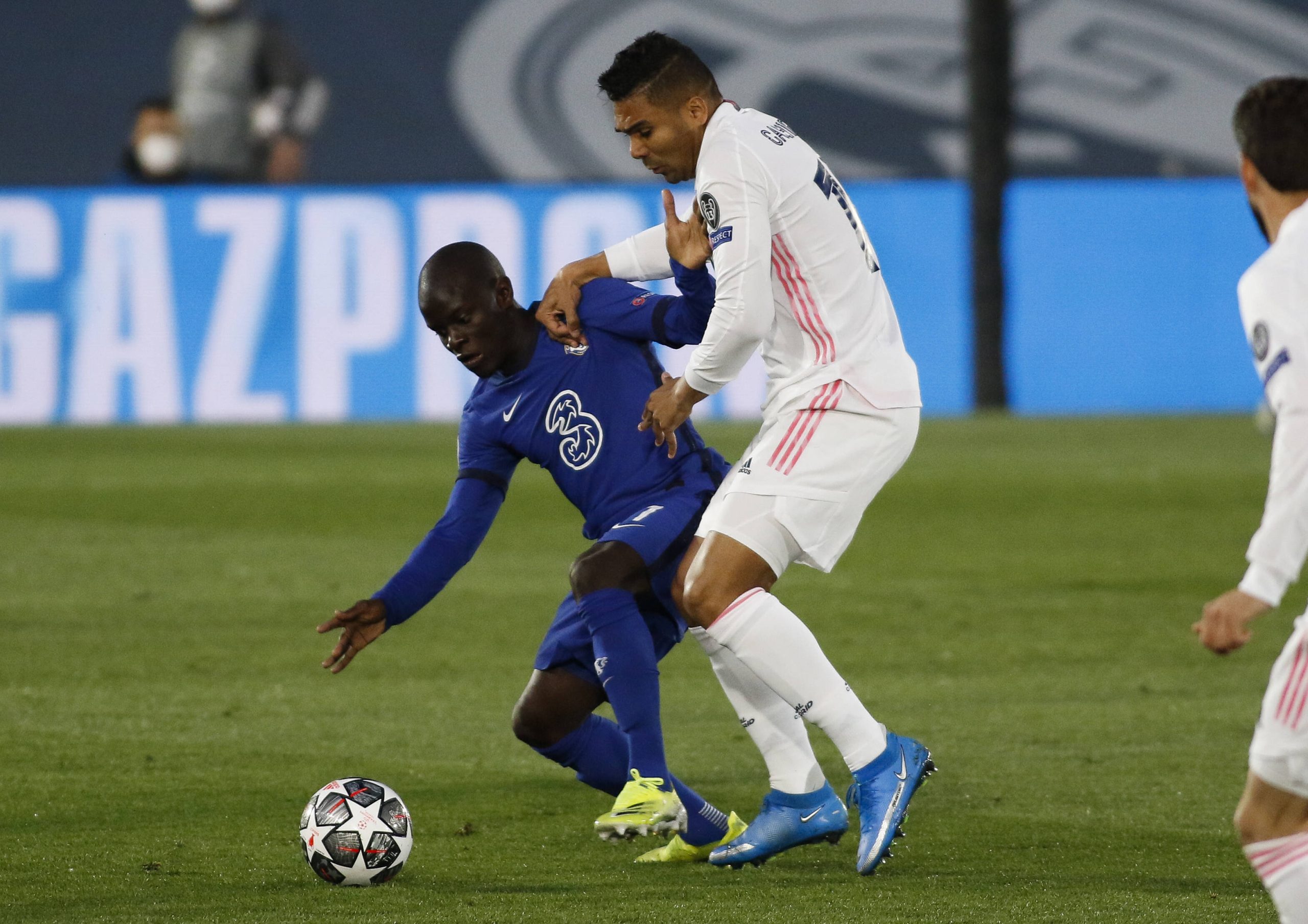 A selection of Chelsea fans on Twitter heaped praise on N’Golo Kante’s sublime performance against Real Madrid in the Champions League on Tuesday.

The Blues made the trip to the Alfredo Di Stéfano Stadium for the first leg of their Champions League semi-final tie, and they settled for a 1-1 draw.

However, they may be slightly disappointed with the result, considering Timo Werner missed an easy chance early in the game.

Meanwhile, Madrid barely provided a threat on goal, and Karim Benzema’s equaliser came out of the blue. It was Los Blancos’ only shot on target.

Christian Pulisic grabbed the vital away goal for the Blues in the 14th minute, but it was Kante who was adjudged the man of the match.

The Frenchman was the driving force from midfield, making several forward runs to link up with his teammates during the 90 minutes.

Kante contested more duels (21) than any other player on the field. He also managed six take-ons, more than the entire Los Blancos side.

Several fans were clearly delighted with the midfielder’s fantastic display, and here are a few reactions on Twitter after the game.

Kante dominated the Madrid midfield tonight. He was everywhere and showed Casemiro, Modric & Kroos why he’s the best midfielder in the world. #CFC pic.twitter.com/UscfviJuGh

Tonight was another reminder…

Can we take a moment to appreciate Kante. MASTERCLASS 👏🏿👏🏿👏🏿 pic.twitter.com/92IhbdY3i6

Hear me out, N'golo Kante's dribbling ability is underrated. 💀#UCL

In recent months, Mateo Kovacic has been tasked with making forward runs from the centre of the park, but he was unavailable last night with a hamstring injury.

It was not much of a concern for the Blues, with Kante stepping up with a quality performance as he controlled the proceedings from midfield.

The Blues will host Los Blancos in the return leg at Stamford Bridge on May 5, and they can secure a final berth with a goalless draw after clinching an away goal.